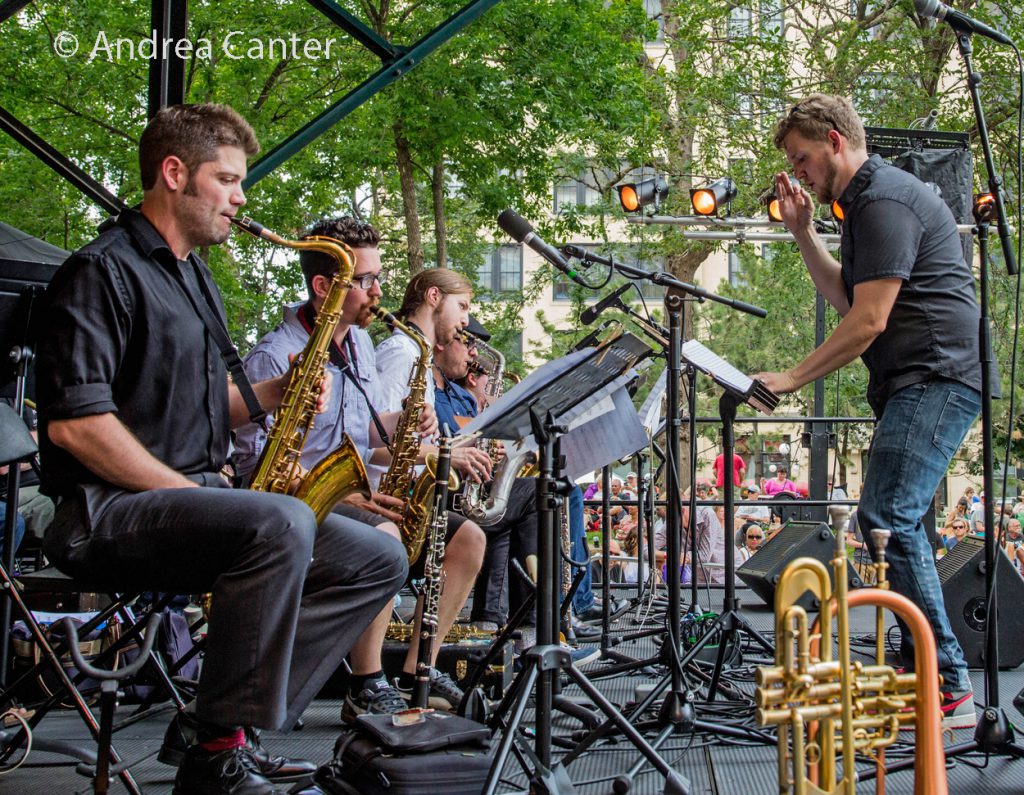 Gathering a band of “some of the Twin Cities’ hippest younger players,” young and hip trumpeter Adam Meckler has been leading one of the region’s most innovative big bands for the past five years. A monthly fixture at Jazz Central for about a year, then in a similar time slot at the Artists Quarter, and later a monthly draw at the Amsterdam, the AMO released its first recording (When Clouds Look Like This) in fall 2014, listed by i-Tunes as one of the best jazz releases of 2014. Most recently the band has performed at Vieux Carre” and the Dakota, but never at the Icehouse until now. The AMO will make its Icehouse debut Monday night, November 6, at 9:30 pm, on the weekly JT’s Jazz Implosion series. 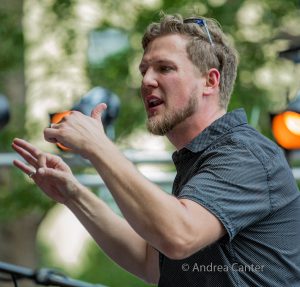 A performer, composer and educator, Adam Meckler received his undergraduate degree in trumpet performance with a jazz studies emphasis in 2007 from Lawrence University in Appleton, WI. A member of LU’s Downbeat award-winning Jazz Ensemble, he studied with acclaimed composer and educator Fred Sturm and received the school’s prestigious Jazz Composition Award and the Phi Mu Alpha Sinfonia’s Leadership in Music Award. Based now in the Twin Cities, Adam has performed with The Artie Shaw Orchestra, the Stan Bann Big Band, Nova Jazz Orchestra, Evan Montgomery Quintet, Stan Bann Big Band, and Brass Barn Polka Band. These days he regularly performs with wife/vocalist Jana Nyberg’s ensemble (Jana Nyberg Group), Jack Brass Band, Pete Whitman’s X-Tet, the Graydon Peterson Quartet, Nooky Jones, and Youngblood Brass, leads his Adam Meckler Quintet, Lulu’s Playground (a quartet of like-minded fellow Lawrence University grads, including trumpet, guitar, cello and accordion), and  his Adam Meckler Orchestra. Meckler’s debut recording, For Dad, was a  tribute to his father (Rick Meckler) who passed away in February 2009. With the AMO, he released When Clouds Look Like This in fall 2014, and in August 2015, led his quintet through three live recording sessions at three venues for a 2016 release, Wander. Adam is also a busy educator, on the faculties of the MacPhail Center for Music and McNally Smith College of Music. 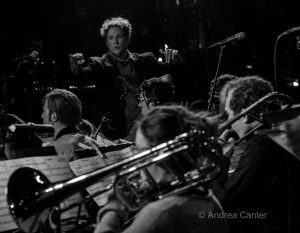 The Adam Meckler Orchestra is largely an “under 40” ensemble, meaning this band could be on the local scene for a long time! The instrumentation is that of a traditional big band, but the music is more influenced by modern jazz giants like Maria Schneider, John Hollenbeck, Bob Brookemeyer and others, and emphasizes original music written for the band.  Adam serves as conductor, composer and soloist. In addition to residencies at Jazz Central, Artists Quarter,  the Amsterdam, and Vieux Carré, the AMO has performed at Studio Z,  O’Gara’s, the Ritz Theater, Twin Cities Jazz Festival, Lowertown Concrete and Grass Festival, and more.

Notes Adam, “Many of us have been in the band for years, which has allowed us to develop a musical personality that is creative and spontaneous while also being grounded in groove and melody. If you think you know what jazz big band music sounds like, you can pretty much throw that out the window. Our music is influenced by pop and R&B which gives it a soulful flavor and frequently features catchy melodies.” 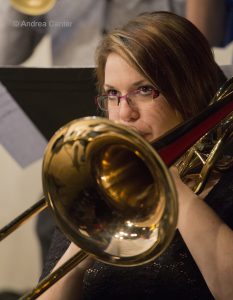 A few months ago, the AMO lost it’s long-standing bass trombonist, Jenn Werner, who passed away following a brief battle with a rare and aggressive cancer –NUT Midline Carcinoma. Notes Adam, the Icehouse gig serves not only as a way to “honor Jenn’s memory, but also as an opportunity for us to heal.  I’ve been working on a new piece written in Jenn’s memory. We’ll be premiering it at this show, so please come and hang and feel the feels with us. I’ll also be soft premiering a new commission as well.”

This will be a memorable performance from one of the top large ensembles in the region.

The Icehouse is located at 2528 Nicollet Ave in South Minneapolis; cover $12. www.icehousempls.com.