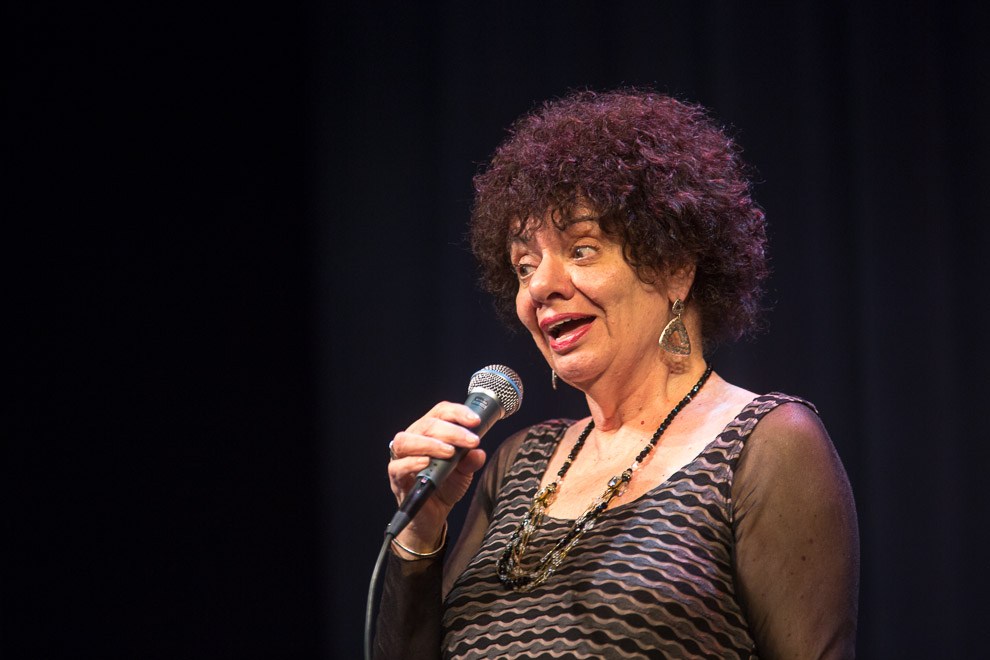 “More than 20 years after [her debut recording] All Out, Clayton is still the most adventurous singer in jazz, a specialist in wordless improvisation who’s also expert in distending and finding new meanings in the melodies and lyrics of classic popular song. –Francis Davis, The Village Voice, July 14, 2004

The Dunsmore Room at Crooners Lounge is gaining a reputation as a hot spot for small ensembles and solo performers, with a particular affinity for pianists and vocalists. Following appearances earlier this year by local vocal favorites Connie Evingson, Maud Hixson, Lucia Newell and more, as well as renowned touring artists Kevin Mahogany, Kendra Shank, and Sheila Jordan, the Dunsmore Room welcomes internationally acclaimed vocalist Jay Clayton to the stage on Wednesday, September 20th. For this rare Twin Cities performance, Clayton will be accompanied by local pianist Mary Louise Knutson, presenting music from her most recent Sunnyside album Harry Who?, a tribute to songwriter Harry Warren. Earlier in the afternoon, Clayton will conduct a Vocal Improvisation Workshop at Crooners for area vocalists. 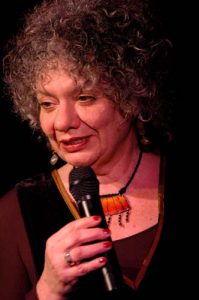 Jay Clayton is a vocalist, composer, and educator whose work boldly spans the terrain between jazz and new music. Clayton’s pioneering vocal explorations placed her at the forefront of the free jazz movement and loft scene in the 1970s, where she was among the first singers to incorporate poetry and electronics into her improvisations. A second generation Italian American, Jay Clayton was born Judith Colantone in Youngstown, Ohio in 1941. “My mother was a frustrated jazz singer from the big band era,” says Clayton. “She sang professionally when she was young, but there was no model for a married woman with children to have a career.” Young Judy began to pick up the standards she heard around the house and learned the accordion. She soon switched to piano and studied for several years. The first in her family to attend college, Clayton enrolled in the music program at Miami University of Oxford, Ohio. Like many schools at the time, the only music training available was classical. Behind the scenes, however, Clayton investigated the sounds of John Coltrane and Miles Davis. “We listened seriously to jazz,” she explains. “I saw Coltrane at a tiny bar in Cincinnati. The way he connected every note – taking the melody and changing it ever so slightly, amplifying it or simplifying it – amazed me. And what Miles was doing was singing through the horn—it was the horn players who got inside my soul.”

Settling in New York in the early 60s, Clayton supported herself with office work by day, exploring this exhilarating new scene at night. She studied voice with folksinger Paul Bain for five years, and forged a mentoring relationship with saxophonist Steve Lacy. Through him, Clayton began to understand that she could be influenced by the tradition and yet not bounded by it. As the jazz scene in the clubs ebbed with the burgeoning interest in rock’n’roll, lofts became important artist showcases. By 1967, Clayton and husband Frank were presenting Jazz at the Loft in their home on Lispenard Street, one of the first loft concert series. Sam Rivers, Cecil McBee, JoAnne Brackeen, Dave Liebman, Pete Yellin, Hal Galper, Jeanne Lee, Bob Moses, Jiunie Booth, John Gilmore, and Jane Getz were among the featured musicians.

In 1971, Clayton began leading her own workshops on vocal improvisation and exploration, as well as sound and movement workshops with Michelle Berne and Jeanne Lee. She performed with Muhal Richard Abrams, with John Fischer’s Interface, and Byron Morris’s Unity. She served as the artistic director for the first-ever Women in Jazz Festival in 1979, served as a consultant for ABC Cable’s Women in Jazz, compiling footage for the series.  All Out, her first album as a leader, featured Jane Ira Bloom, Harvie Swartz, Larry Karush, and husband Frank Clayton.

While her career in jazz began to blossom, Clayton simultaneously emerged on the new music scene as an avant-garde singer, developing her personal wordless vocabulary. In 1971, minimalist composer Steve Reich was looking for a jazz singer with strong skills reading music and formed a partnership with Clayton, who appeared on his recordings of such seminal works as Drumming, Music for Eighteen Musicians, and Tehillim. Clayton toured with Steve Reich and Musicians for more than ten years and continues to appear with the ensemble. Clayton’s versatility would also lead her to make some of the first recordings of composer John Cage’s vocal music. 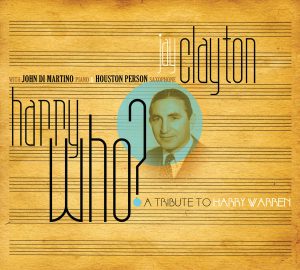 In 1982, Jay left New York to begin her professorship at Cornish College in Seattle, where she built the vocal jazz program and formed Quartett with trombonist Julian Priester, bassist Gary Peacock, and drummer Jerry Granelli.  After 20 years on the jazz faculty of Cornish College of the Arts, Jay moved on to the jazz faculty at the Peabody Institute (Johns Hopkins University) in Baltimore. Her book, Sing Your Story: A Practical Guide for Learning and Teaching the Art of Jazz Singing, was published by Advance Music in 2001.

Over the course of her career, Jay Clayton has performed and recorded throughout the United States, Canada, and Europe. With more than 40 recordings to her credit, she has appeared alongside such formidable artists as Muhal Richard Abrams, Steve Reich, Kirk Nurock, Julian Priester, Jerry Granelli, Jane Ira Bloom, Gary Bartz, Jack Wilkins, George Cables, Fred Hersch, Gary Thomas, and tap dancer Brenda Bufalino, as well as fellow vocalists Jeanne Lee, Norma Winstone, Urszula Dudziak, and Bobby McFerrin. Her most recent album is Harry Who (Sunnyside, 2013), a tribute to the music of Harry Warren. She has also received grants from the National Endowment for the Arts, Meet the Composer, and Chamber Music America.