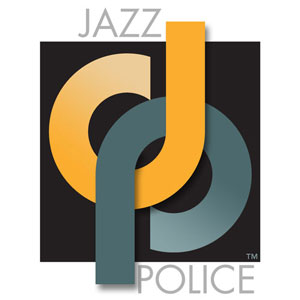 By Don Berryman for jazzpolice.com

“Artists like Roy Hargrove and Mulgrew Miller are what make our music what it is.  Sometimes people think about jazz as this isolated sound for quirky people. It’s folks like Mulgrew and Roy who expand the territory of what this music delivers to the world. It’s important for us to remember this music was born on this soil through pain, turned to triumph.” –Sean Jones from the In Harmony booklet.

Two of my favorite musicians and undisputed jazz masters from the late 20th century into the 21st passed away while still in their prime. Mulgrew Miller was 57 and Roy Hargrove only 49 when they passed in 2013 and 2018 respectively. Few things have brought me more joy than listening to Roy Hargrove. His album Earfood remains in frequent rotation on my stereo but even more I remember his live performances and how my cares would melt away as soon as he brought that horn to his lips. Similarly, Mulgrew Miller always sparked joy and wonder whenever I had a chance to hear him play. They are sorely missed and the music they would have made is a loss to us all.

Thankfully we now have this recording of Hargrove and Miller performing as a duo at Merkin Hall at the Kaufman Music Center in New York, NY on January 15, 2006, and at the Williams Center for the Arts at Lafayette College in Easton, PA on November 9, 2007. Both performances were recorded live by Larry Clothier and will be released by Resonance Records as a double album In Harmony, first as a limited edition double LP on record day on July 17th and on CD or digital download on July 23rd. This is the first posthumous release of Roy Hargove’s music.

Resonance Records released Sonny Rollins’ Rolling in Holland last November which I included in my 20 From 2020 roundup of the best releases last year. In Harmony is another great record by that label and the recording quality is much better. The clarity of the recording and mastering captures Hargrove’s rich, sweet tone on trumpet and flugelhorn and Miller’s expressive piano.

Revealing a respect for jazz tradition the set lists feature an homage to trumpeter pioneers including tunes composed by trumpeters Dizzy Gillespie and Blue Mitchell along with “I Remember Clifford” written by Benny Golson in memory of Clifford Brown. Thelonious Monk’s “Monk’s Dream” (click here to listen), and “Ruby My Dear” appear on the second disk. The only original tune on this set is Hargrove’s “Blues for Mr. Hill” (Click here to listen).  As a duo, the improvisational interplay is stunning – particularly on Jobim’s “Triste”.

Look for one of the limited edition double LPs at your local record store on record day on July 17th. Otherwise you can get the CD set or digital download starting July 23th.