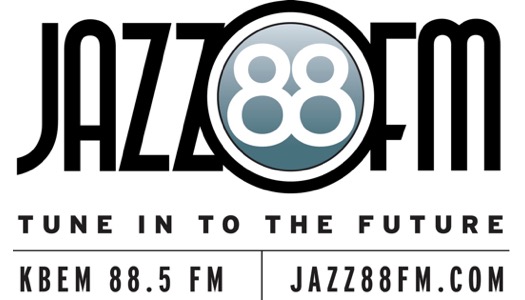 Minneapolis, Nov 28, 2016 – The Twin Cities’ roster of legacy radio hosts has grown a bit smaller. After 27 years with Jazz 88’s Morning Show, host Ed Jones will be honored at an open house as he hosts his last show before retiring on Friday, December 9. Listeners are invited to stop by for coffee and treats from 7:00 to 10:00 a.m. to watch Ed in action on the Morning Show.

Millions of listeners have woken up with Ed Jones every weekday morning at 88.5 FM. He began his radio career in an unusual way. After getting his Bachelor of Science Degree in Speech and Drama from East Tennessee State University, Ed enlisted in the US Air Force. He used his golden voice as a Korean Linguist while stationed in Korea. Not long after, he continued his education, first at the University of Minnesota, studying Theater, Writing and Education, then on to Brown Institute to learn broadcasting. Ed started working his way back to the Twin Cities, starting in Iowa, then Faribault, and Anoka after that. Then the job that stuck the longest: KBEM offered Ed a job, first as a part time music announcer, then hired him as the News Director in 1990, and he’s been with the station ever since.

“I was a fan of Ed Jones before I managed the station and have continued to enjoy The Morning Show,” said KBEM General Manager Michele Jansen. “We will miss his wry humor and his dedication to our listeners and the students of the Minneapolis Public Schools.”

In addition to the Morning Show, Ed’s legacy for the station will be School News. School News was a way for students from all around the district to report on the life, happenings and culture of their school. Ed contacted several media specialists who helped arrange for student reporters. The student reporters write their own copy, then Ed records and produces the segments for air. School News has been a favorite feature of Jazz 88 listeners for 20 years, has featured dozens of MPS schools, and thousands of students.

Throughout the years, Ed has been involved in Twin Cities theater acting on stage at Park Square Theatre, Theater in the Round, Minnesota Jewish Theater Company and many more. He has also directed plays in the Minneapolis Public Schools and holds after school workshops for students.

Another project that Ed was deeply involved in was Jazz Noir, a KBEM originated radio drama teaming a Minnesota based writer and jazz composer to collaborate and create an original script and jazz score drama performed live with cast and band for radio in front of a live audience. With Ed’s extensive background in theater, he was the perfect candidate to direct this radio drama.

Since 1970, KBEM has served the Twin Cities as the unique “voice” for Education, and Jazz, broadcasting at 88.5 FM. KBEM is licensed to the Minneapolis Public Schools Board of Education. From its inception, it has been an innovative career and college readiness-learning project conceived in the mid-1960s, to a curriculum based school program located at North Academy High School. KBEM reaches nearly 100,000 devoted listeners weekly. As the Twin Cities jazz station and exclusive source for traffic reports broadcast from the Minnesota Department of Transportation (MN/DOT) Regional Transportation Management Center in Roseville, KBEM reaches well beyond students and parents to the broader communities of Minneapolis and St. Paul.
Visit jazz88.mpls.k12.mn.us and follow Twitter or Facebook for updates.