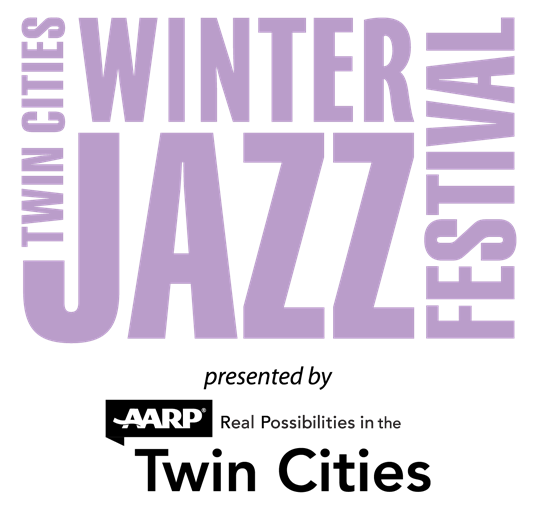 Presented by AARP and sponsored by North Memorial Health, Winter Jazz Festival will feature some of the best local and nationally-known jazz musicians at the Minneapolis venue, known for its consistent line-up of great jazz. “Music is a great cure for both the body and the mind. The history and richness of jazz music is sure to bring warmth during these cold months”, said Kevin Croston, CEO of North Memorial Health. We are so pleased to partner with the Twin Cities Jazz Festival to bring world class jazz music to the Twin Cities this winter.”

In 1987, Detroit native Regina Carter joined the all-female pop-jazz quintet Straight Ahead, and appeared on their first three albums. Before leaving the band in 1991 and moving to New York City, she picked up session work with a variety of high-profile jazz and pop artists, including Aretha Franklin, Lauryn Hill, Mary J. Blige, Billy Joel, Dolly Parton, Max Roach and Oliver Lake. Though her work draws upon a wide range of musical influences – including Motown, Afro-Cuban, swing, bebop, folk, and world – she has crafted a signature voice and style. Through artistry with an instrument that has been defined predominantly by the classical tradition, Carter is pioneering new possibilities for the violin and for jazz. Carter will be joined by Xavier Davis on piano.

Pianist Xavier Davis is also a composer, arranger, producer, and music educator, and leads the Xavier Davis Trio. He is known for his work with the Christian McBride Big Band, specifically his appearance on the Grammy-winning album The Good Feeling.

Also joining the festival line-up is Butch Miles, American jazz drummer who has played with the Count Basie Orchestra, Dave Brubeck, Sammy Davis Jr., and Frank Sinatra, among others. Butch displays the maturity of his experience with youthful imagination and unending energy. He conducts jazz clinics at universities and high schools, continues to record CDs, and plays frequently in small group capacities at jazz parties and festivals around the globe where he brings together technique, creative finesse and a love of the music that delights audiences.

Rounding out the afternoon’s music will be Connie Evingson, known for her range of divergent, musical paths. Her recorded catalog of acclaimed CD’s ranging from jazz and Broadway standards to the music of Peggy Lee, the Beatles, Django Reinhardt, Dave Frishberg, Norman Gimbel and more reflects an adventurous spirit that knows no boundaries. A Twin Cities resident, Connie tours worldwide, with appearances at concert halls, theaters and festivals in the U.S., Europe and Japan. She has been a guest artist at Jazz at Lincoln Center with Wynton Marsalis, Michael Feinstein and Vince Giordano, Garrison Keillor’s A Prairie Home Companion, the Minnesota Orchestra and Toronto Symphony conducted by Doc Severinsen, the JazzMN Orchestra and VocalEssence, among others.

Led by Jazz Central Studios co-founder/director Mac Santiago, the world-class All Stars have toured extensively in the Midwest, the U.S. and abroad, and have performed with nationally-known jazz musicians.

The afternoon will also feature the Travis Anderson Trio, with Anderson on the keys, Nathan Norman on drums, and Steve Pikal on bass. The group is known as “One of Minneapolis’ top jazz trios, giving a modern twist to the classic jazz repertoire while honoring the great trios of the past.” This powerhouse of a trio group focuses on and is known for their standards from the swing and stride eras of jazz.

Minneapolis based trumpeter Jake Baldwin will lead his quartet in the evening of the festival. A student of Kelly Rossum, John McNeil, Laurie Frink, Jason Moran, Joe Morris, and Jerry Bergonzi among many others, Baldwin placed 2nd in the National Trumpet Competition‘s jazz competition in 2013. Jake can be seen performing with a multitude of bands both live and in the studio. His Boston based band, Ra Ra Ru released their first album, “Metallic Ink Co” on the Electricity is Magic label on April 29th, 2014. He is currently touring extensively with Minneapolis based pop/soul singer Har Mar Superstar.

The festival continues into the night as with a Jazz Jam led by Mac Santiago beginning at 8:30 pm.