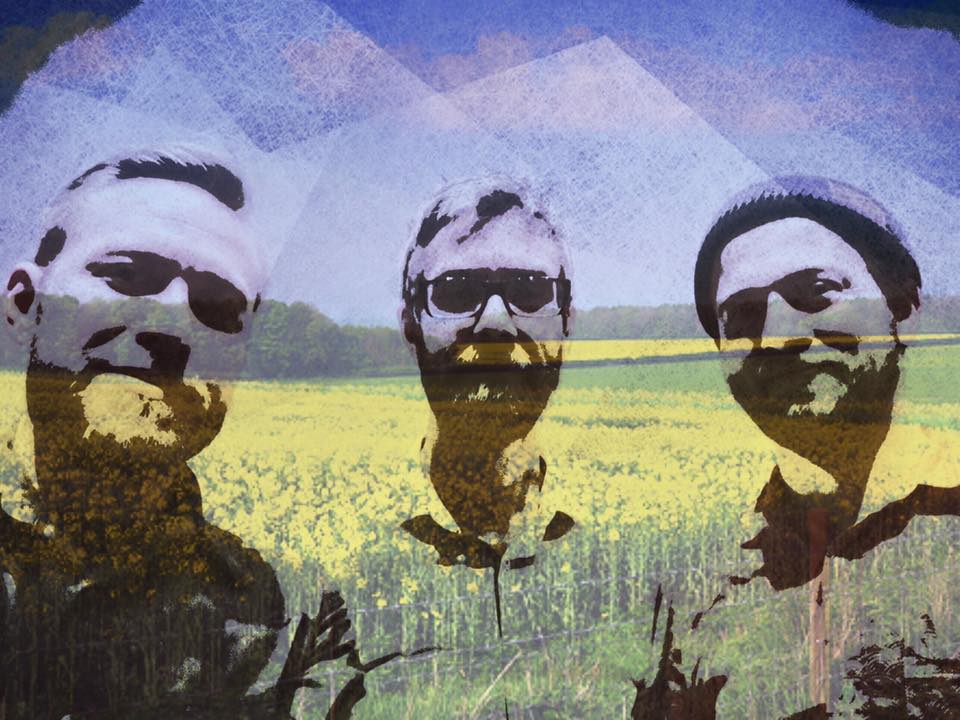 Nearly two years ago, prolific bandleader and guitarist Zacc Harris debuted a new trio, American Reverie, featuring Harris, Matt Peterson and Lars-Erik Larson. The band has returned to local stages several times now, particularly to play at its “namesake” on the Thursday Night Jazz at Reverie series. And they will reconvene at Reverie once again this week, on February 23, 9 pm. 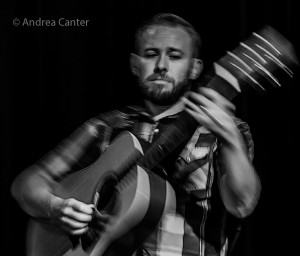 A native of Long Beach, CA. Zacc Harris came to Minneapolis about ten years ago after graduating from Southern Illinois University. He’s studied with such acclaimed guitarists Adam Rogers, Jonathan Kreisberg, Miles Okazaki, Steve Cardenas, and Gilad Hekselman. In the Twin Cities, Zacc formed the Luminessence Trio (now Zacc Harris Trio), continuing weekly gigs at the Riverview Wine Bar. In addition to his Zacc Harris Quartet and Group, Zacc leads the Atlantis Quartet, performs with Dean Granros’ Tall Tales, Mancrush, the Babatunde Lea Quartet, Adam Meckler Quintet, and many other projects.  He has toured throughout the US and in the UK, including a three-night stand at the renowned Ronnie Scott’s Jazz Club in London last year. In addition to performing and directing the Jazz at Studio Z series for the past five seasons, Zacc released his debut recording with the Zacc Harris Group, The Garden, in 2012, and is a founding owner of Shifting Paradigm Records. He also is dedicated to teaching, as an adjunct faculty at Hamline University and as a private instructor for the past 15 years. 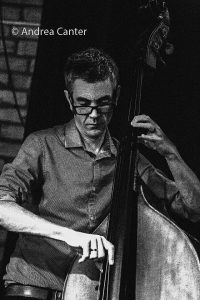 Originally a trombonist, Matt Peterson switched to bass while studying music at the University of Minnesota Duluth. In 2004, he relocated to the Twin Cities and quickly became a first-call bassist He regularly plays with the Zacc Harris Trio, the Jana Nyberg Group, the Twin Cities Hot Club, Mill City Hot Club, and Robert Bell’s Hot Swing Combo. Peterson is also a music educator, teaching elementary K-5 students in the Edina Public Schools. 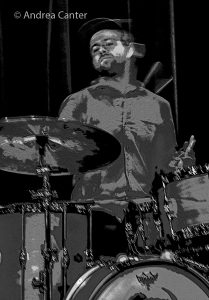 Lars-Erik Larson is a drummer and composer based in St. Paul. Larson earned his Master’s Degree in Jazz Studies from the University of Illinois (Champaign-Urbana), where he studied with renowned drummer Dana Hall. After completing his degree in 2012, he moved to the Twin Cities where he has played with many local bands, including the No Coast Quintet, Zacc Harris Trio, Bryan Nichols Trio, and the Thomas Nordlund Group; he also leads Mancrush and Ramtrack.  With Mancrush, he released Authentic Midwestern last spring.

Harris started the American Reverie project in 2015, debuting on the Jazz at Studio Z series, after returning from Virginia with the American classic “Shenandoah” stuck in his head. Then, in the spirit of Bill Frisell, Ron Miles, and Brian Blade’s Fellowship Band, Harris decided to present a full set of reimagined folk and Americana pieces like “Shenandoah”, “Tennessee Waltz”, and “Long Black Veil” in a jazz setting, and the band next played on the Saturday Night Jazz at the Black Dog series. 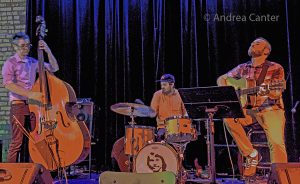 Notes Harris, “Just like when Mike Judge made the film Idiocracy, I had a little foresight as to the direction of this country and have had a growing nostalgia for what has been lost. That’s what American Reverie is all about, and we’ll be playing [this week] at Reverie Cafe + Bar. (Yes, they named the venue after us…in fact they suddenly closed and canceled our first booked show there when they were still called The Nicollet, and reopened under the name Reverie…true story.) We are wrapping up the American Reverie album, due out this May, and I’m excited to play these tunes that I’ve been listening to over and over for months in a live setting again. This is music that really speaks to me. Songs that evoke an America gone by, with traditional tunes like ‘Shenandoah’, ‘In the Pines’, and ‘Tennesee Waltz’, oldies like ‘Be My Baby’ and ‘Simple Twist of Fate’, and modern Americana like Wilco’s ‘Jesus,’ etc.”

Thursday Night Jazz at Reverie is held on Thursdays at 9 pm at Reverie, 1931 Nicollet Ave (at Franklin) in south Minneapolis. Tips ($10 suggested) appreciated to support the musicians and the series. Full schedule at www.thursdaynightjazzatreverie.info