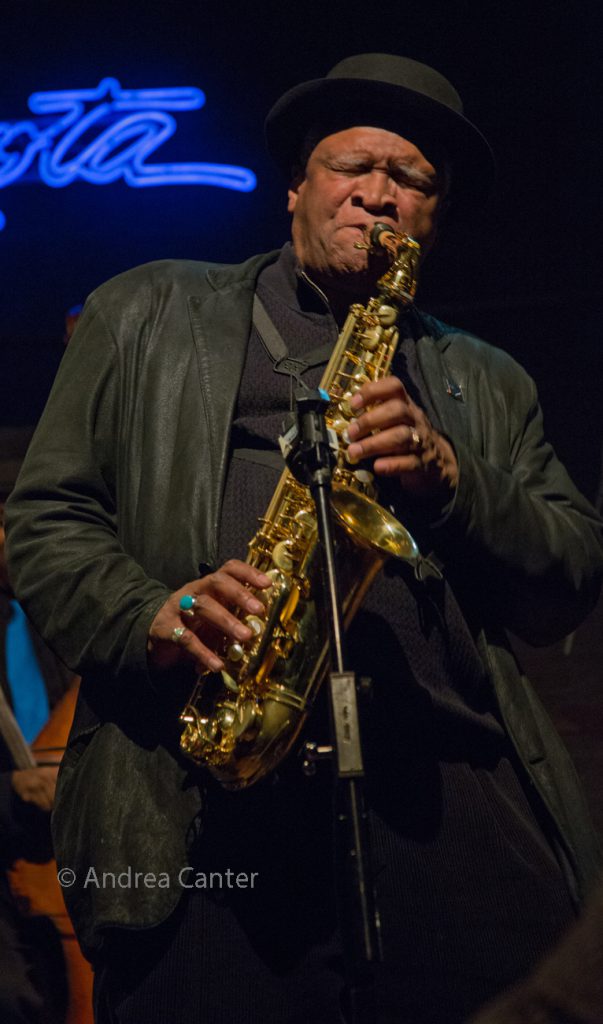 One of the first national ensembles to play at the original Dakota in St. Paul, Bobby Watson’s Horizon was also one of the most respected jazz bands of the 1980s-90s. Saxophonist Watson, who spent some of his youth in the Twin Cities, has returned a few times since, including at the 2010 Twin Cities Jazz Festival and with Horizon most recently in 2014. Now heading an “MVP Quartet” with Donald Brown, Ray Drummond and Marvin “Smitty Smith, Watson returns for gigs on both sides of the river, at the Dakota on Monday, February 20 (7 and 9 pm), and at Vieux Carre’ on Tuesday, February 21 (7 pm). 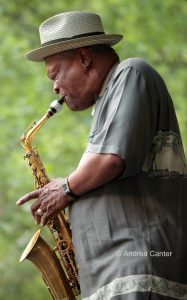 Bobby Watson grew up in the Kansas City area where he absorbed the roadhouse blues tradition. He lived in the Twin Cities for a short time in his teens before heading to the jazz program at the University of Miami, where his fellow students included Pat Metheny, Jaco Pastorious, and Bruce Horsnby. Moving to New York after graduation, Bobby’s big break came as music director for Art Blakey’s Jazz Messengers (1977-81), with whom he made a dozen recordings. After his tenure with Blakey, he worked with Louis Hayes, Max Roach, George Coleman, Branford Marsalis, Sam Rivers, Carlos Santana and Wynton Marsalis, among others. He also worked with top vocalists, including Joe Williams, Lou Rawls, Betty Carter, Dianne Reeves and Carmen Lundy.

As leader, Watson launched Bobby Watson and Horizon in late 1983, with bassist Curtis Lundy (later Essiet Okon Essiet), drummer Victor Lewis, pianist Ed Simon, and trumpeter Terell Stafford,  recording for Blue Note and Columbia during the mid 80s through the late 90s. In addition to Horizon, Watson led the nine-piece High Court of Swing – a tribute to the music of Johnny Hodges — and the GRAMMY-nominated 16-piece big band, Tailor Made. Watson was also a founding member of the well-respected 29thStreet Saxophone Quartet, an all-horn ensemble, and has toured with the Art Blakey Legacy Band. Bobby has released over 30 recordings as leader, including Live and Learn (2005), Horizon Reassembled (2006), From the Heart (2008) with old pal Curtis Lundy, and the seven-part, all-original The Gates BBQ Suite (2010), intended as a showcase for his students in the University of Missouri Kansas City Concert Jazz Orchestra. He also composed the soundtrack for the 1993 film A Bronx Tale, directed by Robert DiNero. Late in 2013, Watson released a 15-part work, Check Cashing Day, written in tribute to the 50th anniversary of Dr. Martin Luther King’s “I Have a Dream” speech. 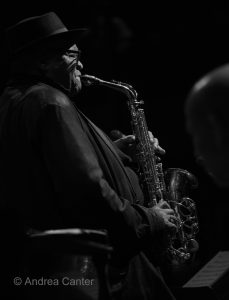 In addition to building his career as performer, bandleader and composer, Bobby Watson has devoted more than three decades to jazz education, first on the faculty of William Paterson University, then at the Manhattan School of Music, and, since 2000, as the first William D. and Mary Grant/Missouri Distinguished Professor of Jazz Studies at the University of Missouri in Kansas City. He’s also served as a clinician with the Monk Institute’s Peer to Peer program for outstanding high school jazz students.

Watson was inducted into the Kansas Music Hall of Fame in 2011, received the Benny Golson Jazz Masters Award from Howard University in 2013, and was among the first inductees into the 18th and Vine Jazz Walk of Fame in 2014, joining Pat Metheny as the only other living honoree, along with Count Basie, Jay McShann, Charlie Parker and Mary Lou Williams.

Born in Mississippi and raised in Memphis, pianist Donald Brown is the last surviving member of the “Memphis Three”–exceptional pianists who attended Memphis State University in the 1970s, including the late James Williams and Mulgrew Miller. Initially a drummer, Brown received a scholarship to Memphis State as a trumpeter, and did not study piano until he attended college. Brown is part of what is called the Memphis Three, a trio of exceptional keyboard talents that passed through Memphis State University in the 70s that includes James Williams and Mulgrew Miller. Cutting his teeth in the early 1980s in Art Blakey’s Jazz Messenger, Brown went on to work with Donald Byrd, Art Farmer, Freddie Hubbard, Milt Jackson, Toots Thielemans, Eddie Lockjaw Davis, Johnny Griffin and more. A composer, bandleader, arranger and educator, Brown became widely knwon for his Grammy-nominated composition “The Insane Asylum,” first heard on Wynton Marsalis’ album J Mood .  Brown has recorded for Sunnyside, Muse, and Space Time Records. 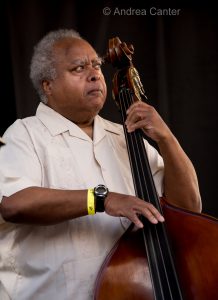 Ray Drummond is known not only as a bassist but also as a composer, arranger, bandleader, educator and producer. A native of Brookline, MA, Drummond started trumpet at age 8, then French horn. Although he listened to jazz masters early on, he did not pick up the bass until age 14. Living in California’s Bay Area, Ray earned a degree in Political Science and worked with Bobby Hutcherson, Michael White, Tom Harrell and Eddie Marshall before moving to New York in 1977. He soon was performing with Betty Carter, the Thad Jones/Mel Lewis Orchestra, Wynton Marsalis, Woody Shaw, Hank Jones, John Faddis, Milt Jackson, Kenny Barron, Pharoah Sanders and George Coleman. He’s appeared on more than 300 recordings and more recently has performed or recorded with Joe Locke, Steve Wilson, Paul Bollenback and Jessica Williams. He’s also led his own ensembles for the past 30 years, including Excursion and his Quartet, and co-led The Drummonds with Billy Drummond and Renee Rosnes. Ray has taught at Monterey Peninsula College, Stanford Jazz Workshop, Berklee School of Music and more. He recently retired from the California State University Monterey Bay and is currently on faculty at The Juilliard School in New York.

Marvin “Smitty” Smith grew up surrounded by drums, son of drummer Marvin. Sr. He was trying to emulate his father as early as age 6 months, pressing on foot pedals and banging on pots and pans. His formal training began at age 3. A graduate of the Berklee College of Music, Smitty has performed with Sonny Rollins, Hank Jones, Frank Foster, Frank Wess, Art Farmer, Benny Golson, Slide Hampton, Milt Jackson and Dave Holland; is a former member fo the Ron Carter Quartet and Art Farmer/Benny Golson Jazztet. In the late 80s he was named Downbeat Critics Poll winner for Talent Deserving Wider Recognition, toured with Sting, and appeared in the Spike Lee Film School Daze. He went on to play in the Tonight Show Band directed by Kevin Eubanks for 14 years including Jay Leno’s full run, and then for Harry Connick, Jr.’s television talk show, Harry. Smitty has appeared on over 300 recordings.

MVP reunites four musicians whose careers intersected with James Williams and Mulgrew Miller at some point, and their repertoire includes original compositions as well as music played or recorded by Williams and Miller.