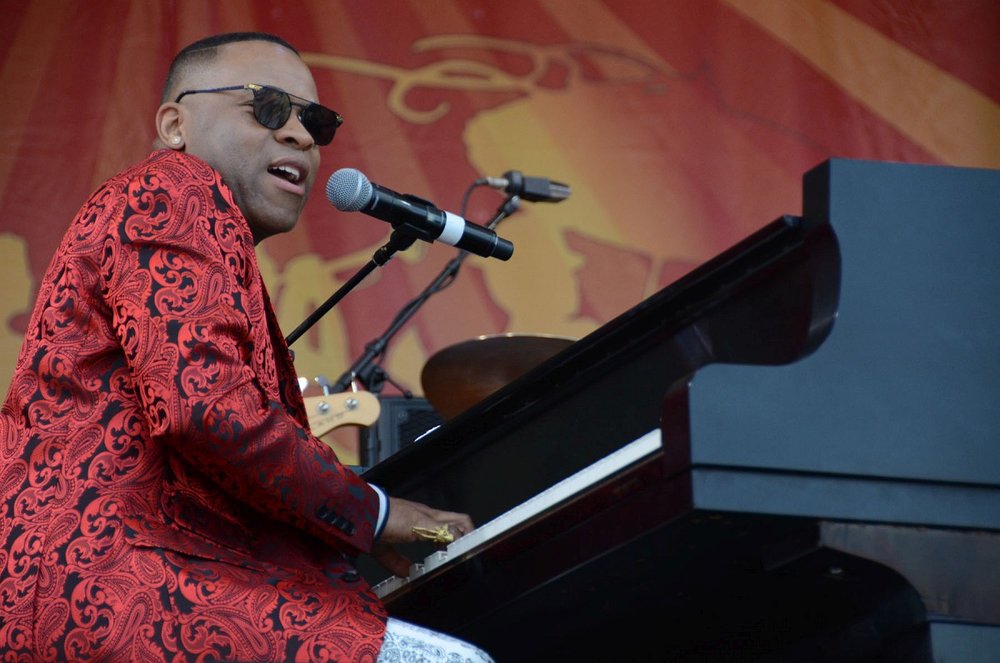 In New Orleans we’ve used piano as a percussive instrument, as a groove keeper, as an instrument that carries the melody…it’s important to keep that alive, to keep the grand piano on the stage. — Davell Crawford

Hailed as one of a few musicians keeping the piano tradition of New Orleans alive, Davell Crawford has been a frequent guest at the Dakota Jazz Club over the past few years, including two tribute shows to his mentor Allen Touissaint in 2016. Like his idol, Crawford is a titanic piano talent as well as composer, producer and songwriter who already has significantly contributed to the culture, heritage and music of the Big Easy and American Roots music in general. Beyond his piano chops, Crawford is also a B-3 Organ ace, and his shows this weekend at the Dakota (February 3-4) offer both sides: On Friday, February 3, Crawford performs with his organ trio; on Saturday, February 4, Crawford celebrates NOLA with his “Deep in the Heart of New Orleans.” Both shows at 7 pm. His Friday show will be followed (at 10:30 pm) by another hot ensemble, Peter Kogan’s Monsterful Wonderband. 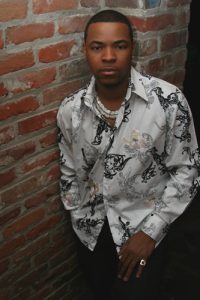 Davell Crawford has experienced a wild ride as an entertainer, garnering influences from many directions. Grandson of singer James “Sugar Boy” Crawford and raised by his grandmother in New Orleans, he first played a piano at age 2, later playing in church, accompanying gospel choirs, and in his early teens began writing songs. In addition to his immersion in gospel, he was introduced to zydeco through his grandmother’s family. He also was surrounded by the music of Fats Domino, Huey “Piano” Smith and Ray Charles, and played the songbooks of country musicians such as Kenny Rogers, Dottie West and Dolly Parton.  But traditional New Orleans music was something he discovered later–“It was never ever New Orleans music. My grandmother never listened to New Orleans music–at all.”  Davell began his long association with Allen Touissaint around age 11. “Allen Toussaint was very apparent at the earliest of my discoveries about the music and culture that I would one day represent. I started hanging around his studio after school at the age of 11. He never ran me away, never said stop coming around, nothing negative. He and staff at SeaSaint Studios provided a safe haven, sort of a get-away for me, a place where I could practice on my own with no disturbances. I can only assume that the graciousness of Allen Toussaint helped me immensely as a child. It helped develop and shape me into the musician I am today.”

Davell attended the New Orleans Center for the Creative Arts, and by his late teens, was performing all over Crescent City, from Snug Harbor and Tiptina’s to Baptist churches and more, absorbing pop and rock but also finding his niche in the traditional music of his home town. He appeared in Ruth Brown’s band on the 1999 recording, A Good Day for the Blues; he also opened for Etta James, played with Lionel Hampton, and spent considerable time in Brazil at Sao Paulo’s Bourbon Street Music Club. After such a promising start,  Crawford lost literally everything in 2005 in Hurricane Katrina, ultimately finding his way to New York where he was supported by the Jazz Foundation of America until he was able to resume performing and touring on his own. He now has toured the world, performing to sold-out audiences, and has been a committed advocate for the arts. While touring and recording, he’s also taught in schools and presented masters classes and workshops about artistry and the importance of American Roots music – traditional jazz, gospel, funk and R&B. 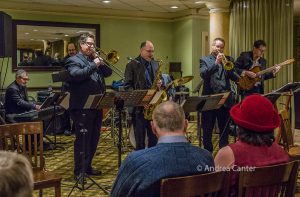 From the Minnesota Orchestra percussion section to jazz venues throughout the Twin Cities, timpanist/drummer Peter Kogan has emerged as a force to be reckoned with on the local jazz scene. After retiring as principal timpanist from the MO, Kogan has led several jazz ensembles, including his quartet and his septet, Monsterful Wonderband. Peter’s background includes college studies at Julliard and the Cleveland Institute of Music, as well as a career largely spent in classical orchestras. However, he also backed Blues legends Lightnin’ Hopkins, Honey-Boy Edwards, and Jimmy Witherspoon, and Rock & Roll legend Bo Diddley, as well as such groups as the Drifters and the Crystals. He also performed with the Larry Elgart Big Band and wrote for and performed with the fusion band, Scratch n’ Sniff. Peter’s Monsterful Wonderband performed last weekend at the Winter Jazz Festival in St. Paul. His cohorts include Scott Agster (trombone), Pete Whitman (saxophones), Adam Rossmiller (trumpet), Chris Olson (guitar), Phil Aaron (piano), and Gary Raynor (bass), playing a repertoire of standards and original compositions.