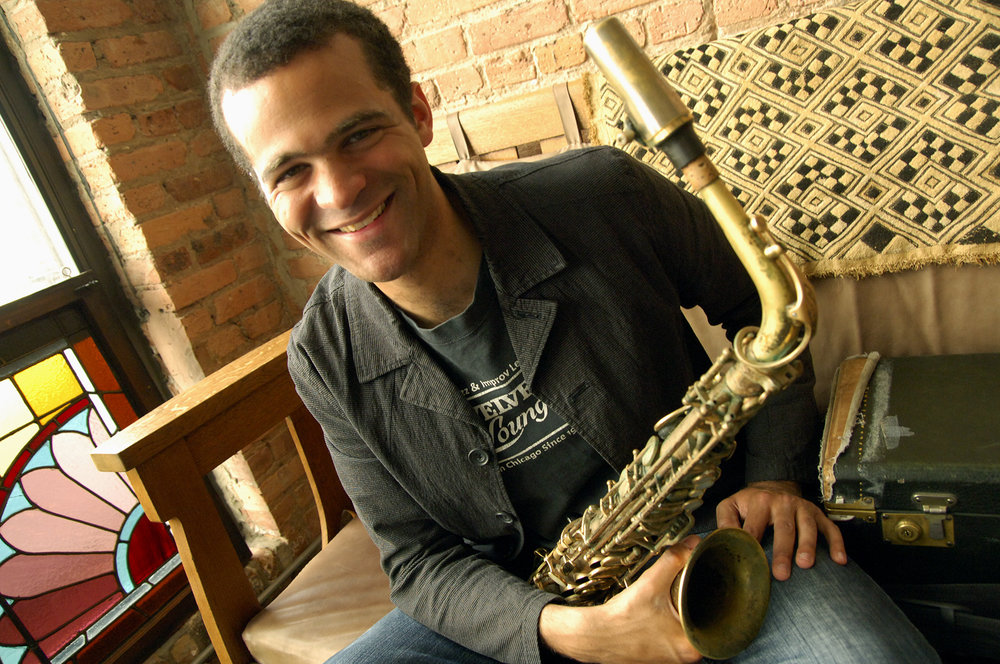 Since his last appearance in the Twin Cities as part of drummer Mike Reed’s People Places and Things quintet, saxophonist Greg Ward has been restlessly engrossed in exploring a variety of musical projects. He also moved back to Chicago after having relocated to New York City for half a dozen years. Ward’s most recent recording is last year’s universally well-received Touch My Beloved’s Thought on Dave Douglas’ Greenleaf imprint. This release not only demonstrates Ward’s deft hand at orchestration for ten pieces (under the ensemble name 10 Tongues), but also reinterpretation, with the extended work drawing inspiration from Charles Mingus’ 1963 masterpiece Black Saint and the Sinner Lady (Impulse).

Since then, the mercurial saxophonist has been busy composing for a new quintet, with whom he’ll be performing on Monday night at the Icehouse in South Minneapolis on Monday, April 3. “This group features some of the most creative people that I’ve ever had the pleasure of working with,” Ward explains. “All of the guys are very unique performers and composers and I was fortunate to get everyone together for a gig at the Whistler here in Chicago shortly after I moved back from New York.” 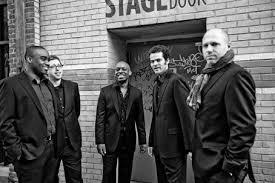 This new aggregation (Matt Gold and Dave Miller on guitars, Matt Ulrey on bass, Quin Kirchner on drums) draws from a pool of players that Ward has worked with previously, but never in this specific grouping: “I was very excited about composing for a new band, especially one that would feature two guitarists and their effects pedals,” Ward admits. “Dave Miller and I have been playing together via Makaya McCraven shortly after getting back to Chicago.  Our drummer Quin Kirchner and I have been playing together since 2005 in many groups including my first recording project, Fitted Shards.”

Ward’s new quintet also allows him the opportunity to work with another Chicago-based player that is no less ambitious, and critically applauded for his engaging, often picturesque compositions for mid-size chamber ensembles, bassist Matt Ulery. Like Ward, the majority of Ulery’s work has also been documented on 482 Music and Greenleaf, but yet, they have scarcely had a chance to collaborate: “I’ve always dreamed of having a band with bassist and composer Matt Ulery,” Ward mentions. “We’ve both grown up in Chicago and very rarely had the opportunity to perform together. After our first gig, everyone was excited about the potential of this group. Fortunately, The Whistler offered us a residency in June of 2016, which gave us an opportunity to develop our sound.” 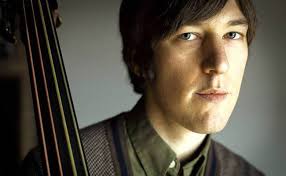 In addition to working continuously with drummer Mike Reed’s ensembles, with whom he has recorded nearly ten albums, Ward as a leader has written, performed and recorded with a trio, quartet, sextet and tentet: “I’m always excited about the potential of a group. It’s an adventure to explore the individual players’ personal voices and characteristics and to create music that allows them freedom to create within the structure of my compositions. Finding a balance of what to compose and what not to is always different with each band,” Ward considers. “With this new ensemble, I’m exploring a balance of the musical styles and textures that have influenced me for years. You’ll hear influences of rock, jazz, classical, avant-garde, electronica and gospel but put together in our own way.”

Although it easily stands up on its own merit, Touch My Beloved’s Thought was originally conceived as a collaboration with choreographer Onye Ozuzu. The joy of collaborating with dancers has sparked Ward’s interest in doing more integrative art: “Multi-disciplinary work has become a passion of mine,” Ward explains. “I find that when you work hard to develop a bridge between various mediums that you create something unique and that has the possibility of moving people on multiple levels.  For example, with Touch My Beloved’s Thought, the dance component completely elevates the composition. The dancers become a part of the ensemble giving more meaning to each phrase. I take all of these things into consideration when I’m composing for projects like this.”

A similar motivation for Ward, which helped draw him back to Chicago approximately a year and half ago, was the city’s dynamic music scene, which continued to blossom while he was away: “I was in New York City for 6 years and still maintained a steady involvement in the Chicago scene due to my collaborations with Mike Reed. Over the years that I was in New York, I noticed how vibrant the community in Chicago was becoming. There are so many interesting artists these days,” Ward observes. “Musical boundaries are being crossed and blended creating fresh sounds! Audiences seem to be growing as well.”

When not on the road with his numerous projects, Ward is getting re-immersed in Chicago, whether with former colleagues or the new generation of musicians that have emerged since he left: “It’s great to be back here. I currently host a jam session at the Hungry Brain on Tuesday nights called the Tuesday Night Fellowship. This has been a great opportunity to meet a lot of the new faces in town now, especially the younger musicians. I’m excited about all of the talented folks that are in town now. Chicago is doing alright!” 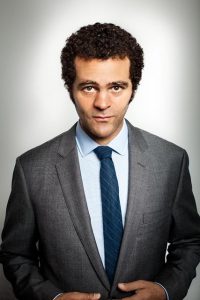 However, rest assured, a musician as restless as Ward can never get too comfortable with any one project for too long, and not surprisingly, he has a number of ideas for the coming year: “I definitely will be recording this new quintet as soon as possible and look forward to traveling around more frequently with them. This summer, I’d like to release an orchestral piece that I wrote a little bit ago called Scorch: Concerto for Jazz Quartet and String Orchestra. Finally, depending on funding that I’ll hear about in the summer, I’d like to do the next 10 Tongues recording.”

Perhaps next time Ward comes through town, we’ll be able to see his next project at the Cowles Center for Dance and Performing Arts.

The Greg Ward Quintet performs at 10:30 pm as the middle set of the weekly Jazz Implosion series at the Icehouse (2528 Nicollet Ave South, Minneapolis). Also on the schedule April 3, the first installment of Reich Fest (honoring the music of the late Steven Reich), featuring an opening set with Cody McKinney and Pete Hennig (“Clapping Music”) and Pat O’Keefe (“New York Counterpoint”) at 9:30 pm. Cover $12. More information at www.icehousempls.com