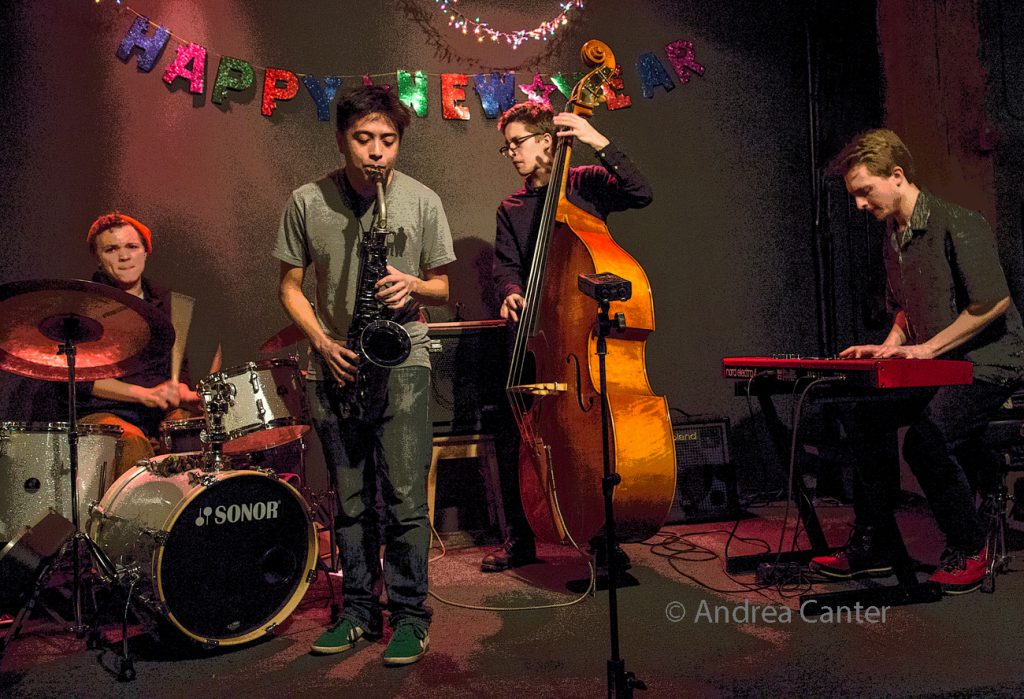 At the end of 2015, four young collegians spent their winter break playing original music together as Hoaxer. Peter Goggin, Will Kjeer, Charlie Lincoln and Edmund Catlin quickly found gigs and an audience, and have since performed at Jazz Central, the Black Dog, Icehouse, Studio Z, and beyond — at least when on vacation from their various college programs. Last summer, in addition to gigs during the Twin Cities Jazz Festival and beyond, the guys took their music into the studio to make their debut recording, dubbed Crash Test. The test is over, the CD celebration was held at Vieux Carre’ in June, and now the guys return for one more gig on August 18 (9 pm) before fall terms call them back to school. 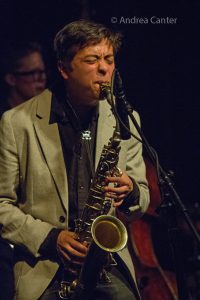 Peter Goggin graduated from Mounds View High School, was a three-year member of the Dakota Combo,  and now is studying saxophone at the University of Michigan. In addition to Hoaxer, this summer he has performed in other ensembles as sideman and leader at Jazz Central, the Black Dog, and during the Twin Cities Jazz Festival. Peter was a featured soloist with the University of Michigan Jazz Band during the 2016 Detroit Jazz Festival. 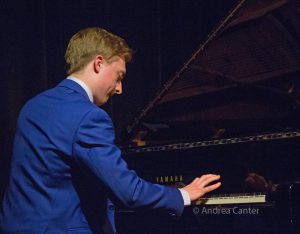 Pianist Will Kjeer performed for two years with the Dakota Combo and the PipJazz Youth program, attended the post-high school program at Interlochen Arts Academy, and spent a year studying jazz piano at Cal Arts. He is now enrolled in the jazz program at McGill University in Montreal, and participated in the famed Betty Carter Jazz Ahead program this past spring. Will has led bands around town since his mid-teens and is an original member of Steve Kenny’s Group 47. Last summer, he lead an ensemble on the All Originals series at Studio Z and joined Group 47 at the Rochester (MN) Jazz Festival. This summer, he has been busy as a sideman and leading gigs at Jazz Central, the Black Dog, Studio Z, as well as performing with the PipJazz alums. 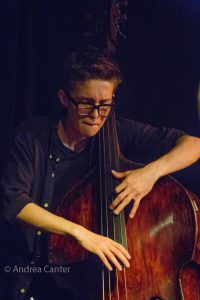 Bassist Charlie Lincoln will enter his third year of jazz studies at the Berklee College of Music, where he recently joined Berklee’s Global Jazz Institute. A South High alum, Charlie was already a busy gigging musician before graduation, playing with the Dakota Combo, Central Standard Time, the Charles Lincoln Group, and subbing with Eric Gravatt’s Source Code. In his senior year, Charlie was selected as one of two winning youth songwriters in the Eric Stokes Songwriting Contest and was on stage for the Young Performers Showcase for the Zeitgeist New Music Cabaret. Last summer, Charlie is serving as a curator for a monthly new music series at Jazz Central Studios, as well as performing with a number of area bands. He performed with the Dave Brattain Trio as well as with Hoaxer during the 2016 Twin Cities Jazz Festival. Earlier this summer, Charlie was part of a 5-week tour of Asia with a jazz ensemble of Berklee-connected musicians. 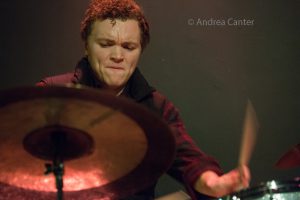 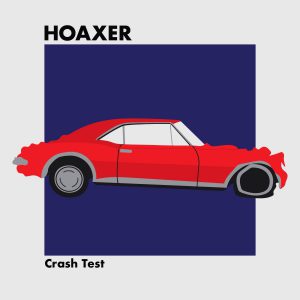 Of their performance during the 2016 Twin Cities Jazz Festival at the Black Dog, festival series curator and head of Illicit Productions, Steve Kenny, noted that “Hoaxer performed a program of original compositions of such cohesion and swagger and spontaneous energy that it probably  was the best overall small group ensemble concept and delivery of the entire festival.” Kenny thus sought to document “the starting point” for the ensemble, turning to engineers Steve Wiese and Miles Hanson at Creation Audio who captured the band live in studio, “without a scrap of music or seemingly any need to discuss forms or arrangements.” The resulting 9 tracks include 3 attributed to Catlin, 3 to Kjeer, 2 to Lincoln and one to Goggin. Authorship may be somewhat arbitrary, however, given the essential collaboration that defines this ensemble.

Notes drummer Catlin, “The album is a recap of everything we put together and finessed last summer, building a book in the time we’ve had together (3-4 months of the year). The Title Crash Test reflects the fact that this is all new and we were seeing that happens. ”

The album opens with Catlin’s “Menthol Buddha Menthol” and a droning bass from Lincoln, soon accompanied by percussive clicking, then a whiney sax from Goggin, and finally Kjeer’s key, coming together as if gathering under a Big Top to spotlight Goggin’s twists and turns, ascents and descents. Catlin is increasingly frenetic; Kjeer solos with the aplomb (and dexterity) of a post-bop veteran. The tune is revisited in a shortened version to close out the album, Goggin adding a quiver to his lines and overall the finale suggests a circus from another galaxy. Catlin’s other contribution is the lush “San Juan County Fair,” highlighting the rhythm section’s elegant restraint, as well as Goggin’s songful balladry. 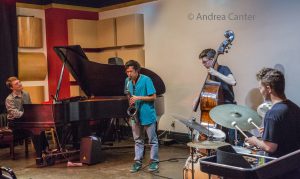 Will Kjeer is a rapidly maturing composer. “Here Somehow” is fed by a steady vamp supporting Goggin’s searching alto. “Post Impressionism at Work” (co-written with Solomon Gottfried and John Lurie) is a mini-saga that features a duel between Goggin and Catlin (everyone emerges victorious), while  Will’s “Fake News” (a term barely in our vernacular when the recording was made) provides a playground for Charlie Lincoln’s dancing basslines as well as Will’s increasingly far-reaching piano explorations (and this is real, not fake).

Charlie Lincoln contributes a pair. “It Is 5:11” is highlighted by Catlin’s thundering, at times pounding drums as well as the composer’s own throbbing bass on the longest track of the set (nearly 9 minutes). Kjeer again displays age-defying savvy in the development of his solo journey, and Goggin offers a distant, wistful interlude that gains steam in its twists and turns, rising above Catlin’s volleys. “Now It Can Be Told” launches as a conversation between bass and drums, sax and piano joining in. Ultimately this track provides the most fertile ground for Goggin to explore every nook and cranny of the composition. Goggin’s own composition, “Octagon” slides around like a bebop standard turned sideways, filled with percussive might and keyboard acrobatics.

This is not just a band of young talents — this simply is a talented, creative band. If Crash Test is their starting point… we’ll wait eagerly for the full head-on collision!

Vieux-Carre’ is located at 408 St Peter Street in the lower level of the Hamm Building in downtown St Paul. Early show with pianist Jeremy Walker at 6:30 pm, followed by Hoaxer at 9 pm. http://vieux-carre.com