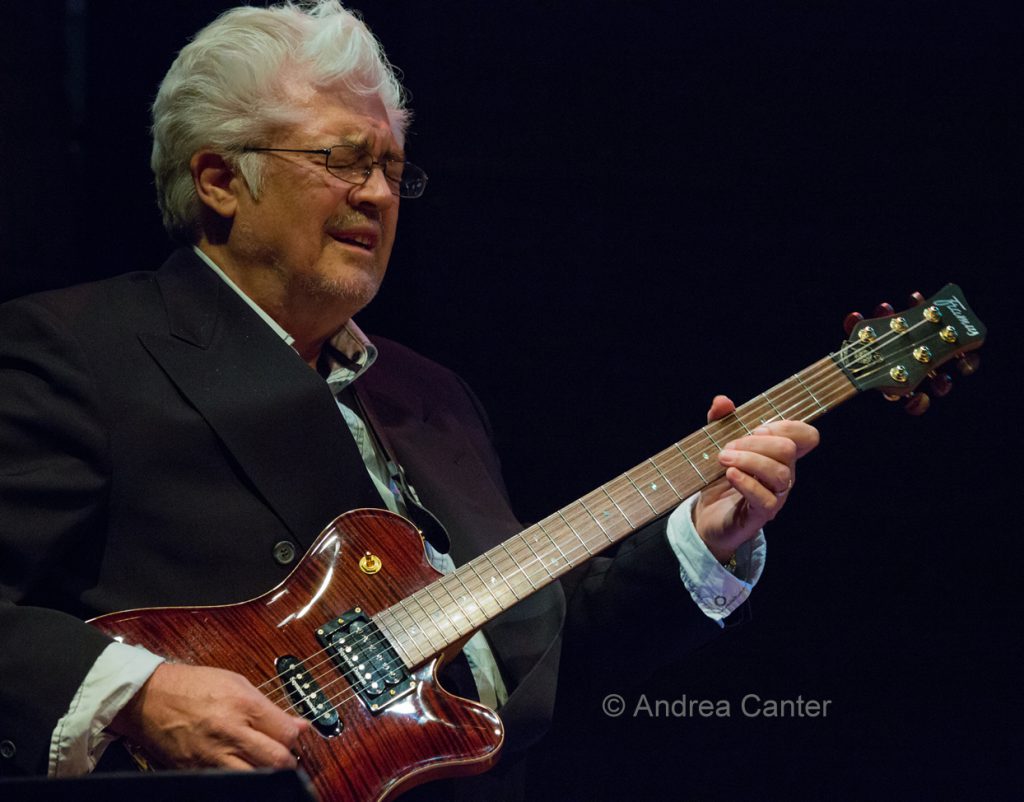 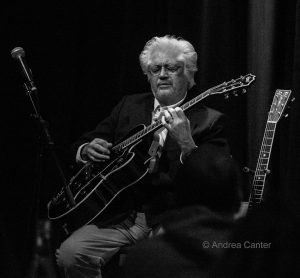 Ed. note: One of the pioneers of fusion guitar as well as a much admired jazz musician, Larry Coryell passed away unexpectedly on February 19 at age 73, following a gig at the Iridium in New York. Larry recalled a friend telling him, as an aspiring teen guitarist, that he would “never play with the likes of someone like Dave Brubeck.” Undaunted and full of youthful idealism, Coryell continued his quest to emulate heroes like Barney Kessel and Wes Montgomery. And not only did he eventually play with Brubeck, but his audiences have included John Coltrane and Roland Kirk; his collaborators have included Jimi Hendrix, Miles Davis, Stephane Grappelli, Gary Burton and Sonny Rollins. Born in Galveston, TX, as Lorenz Albert Van DeLinder III, Larry grew up in Seattle. He finally settled on the guitar in his teens after trying out other instruments, and absorbed the influences of Wes Montgomery, Chet Atkins and Chuck Berry. Larry moved to Seattle and then New York City in the mid 60s where he first gained recognition playing with Gary Burton’s quartet. His reputation in both jazz and rock grew as he later toured with Herbie Mann, Jack Bruce, John McLaughlin Jimmy Webb, the 5th Dimension, Charles Mingus, Billy Cobham, Miles Davis, Jimi Hendrix and Chick Corea. With Randy Brecker, Coryell formed Eleventh House in 1974, which became the most influential fusion band of the era.

Once Eleventh House disbanded, Larry continued to work with his own bands and the Brecker Brothers, and in the late 70s, toured with McLaughlin and Paco de Luca in a guitar trio. Larry continued his eclectic ways through the 1980s, returning to his jazz roots in the 90s as well as teaching in upstate New York. In 2007, Coryell published his very candid autobiography, Improvising: My Life in Music and taught at his alma mater, the University of Washington. He continued to tour and record until his death, most recently releasing Barefoot Man: Sanpaku, last October, and a new Eleventh House full-length, Seven Secrets, will be released in June. He recently completed two operas based on works by Tolstoy, and had been working on another, inspired by James Joyce’s Ulysses. Larry’s last visits to the Twin Cities were in fall 2014 with the CWB Trio (with Lenny White and Victor Bailey) and in summer 2015 with Bombay Jazz, featuring George Brooks, both at the Dakota Jazz Club.

The following tribute was written by our Bay Area reviewer, Ken Vermes. 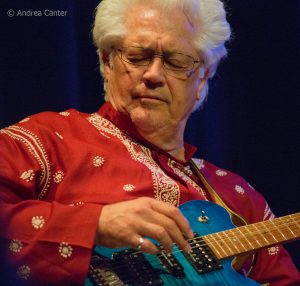 Larry Coryell was a musical warrior. He was a man of deep intellect and emotion who never slowed down, paused, or stopped on the road to the next moment of musical expression. He demonstrated no negativity, thoughts of despair, bitterness or feelings of regret. And he maintained a sense of wonder and delight in every aspect of life. Whether it was Indian music, culture and techniques, great literature, opera or classical repetoire, or many other topics, he was interested and ready to analyze, converse, or demonstrate. He was a man who thrived in an environment of fans, friends, and random meetings. He would put the same energy in front of fifty people or a thousand. There was a twinkle in his eyes and a laugh in his breath. He lived off of an energy source that included spiritual resources from around the world.

Larry was fearless and ready for a challenge. Playing with Indian masters was no simple task. They are powerful players, often brought up from a very early age to learn the complexities of music through daily studies of classical forms. They are known for explosive volleys of intricate and blazing furies of notes cascading down a mountain of spiraling beats. It was in this environment, one in which most musicians would be absolutely terrified, that Larry thrived. Waiting patiently and cautiously at first, he would jump into the music like a runner chasing a finish. His face would brighten, his fingers would dance, and he would be in the middle of the mix with sparkling moments of runs and figures. Suddenly, his jaw would tighten, his eyes would close, and he was in the flow. The awe and respect these players from another world would have for him was completely visible. They were in the pocket with a player that was not just a tourist in their musical world, but an instigator and partner, and most certainly, a leader. 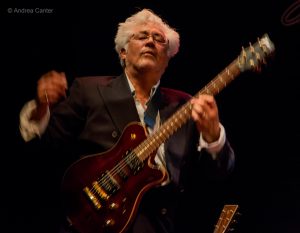 This idea of challenge was one of the central aspects of Larry’s career. Whether “fusing” rock and jazz or playing classical music on an acoustic guitar, partnering with a young brilliant Emily Remler, recording and performing with a stunning new vibes player, Gary Burton, or just inviting a local guitar player on the stage, he was ready. He played every gig as if it was a recording. And he planned and worked on his recordings as if his career depended on it. But the most beautiful aspect of Larry was that he was a loving and lifetime partner with his listeners. He knew that, without them, his music would disappear and be lost. He was thrilled to meet anyone who showed an interest. And he was intent on giving back to those who loved his performances and recordings.

Larry Coryell was a remarkable musician. And he was a unique and special human being. What more can be said?