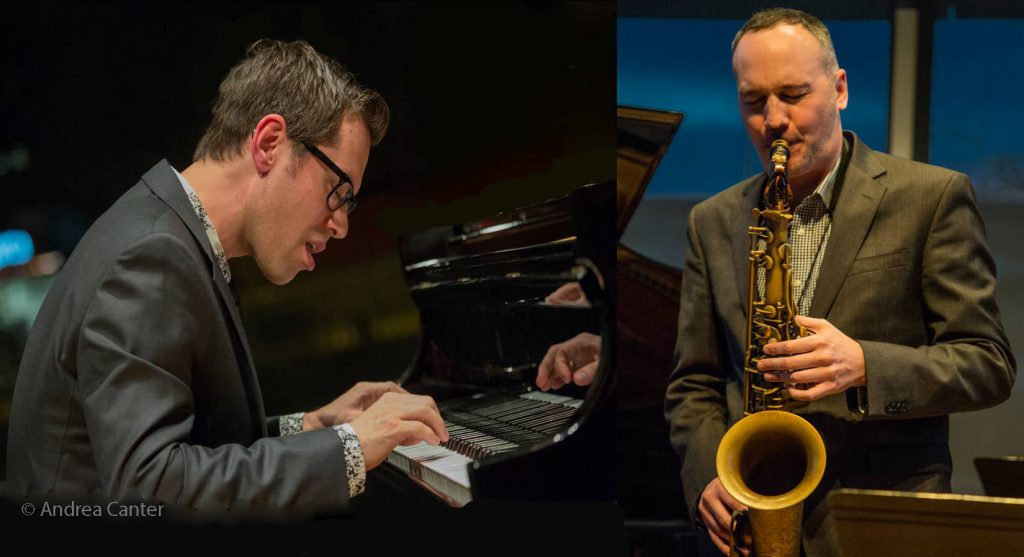 For the past decade-plus, they’ve been two of the young jazz monsters to watch, each performing with multiple bands as well as together.  Now pianist Bryan Nichols and saxophonist Brandon Wozniak have discovered their mutual affection for the Stan Getz/Kenny Barron recording People Time, and are ready to record their own collaboration with a live audience in the intimate Dunsmore Room this weekend, January 13-14. 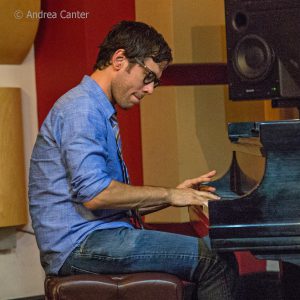 Twin Cities native Bryan Nichols studied classical piano with a “neighborhood piano teacher” but came to jazz on his own, developing his skills without formal jazz studies. After studying genetics in college (“which I’ve done absolutely nothing with, ever”), he moved to Chicago where he performed with Corey Wilkes, Nicole Mitchell, and Von Freeman among others. Back in the Twin Cities in 2005 after a stint in Betty Carter’s Jazz Ahead program, Bryan quickly became a favorite pianist among the more forwarding-spinning jazz ensembles, working with Kelly Rossum, James Buckley, Zacc Harris, Jeremy Walker, and the Minneapolis/Chicago collective, City of Fiction. Over his career, Bryan has appeared at international festivals as well as at local and regional festivals such as the Chicago Jazz Festival, Minnesota Sur Seine Festival and Twin Cities Jazz Festival. In 2009, he received a grant from the American Composers Forum, and in 2010, a fellowship from the McKnight Foundation. Bryan has released two recordings —Bright Places in 2011 and his solo outing, Looking North, in 2016. He leads his trio and quintet, performs with Lars-Erik Larson’s Mancrush, and is heard frequently at the Icehouse in duo with James Buckley and others. 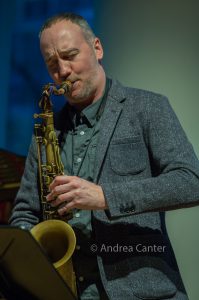 Brandon Wozniak a native of Green Bay, earned his BA from Indiana University, where he studied with the late David Baker. For six years, he lived and worked in New York City, toured with the Tommy Dorsey Orchestra, and then did a 6-month stint in Shanghai before arriving in the Twin Cities in 2006.  Here he has performed with some of the most highly regarded regional bands, including the Atlantis Quartet, Zacc Harris Quartet, the Dave King Trucking Company, Mancrush, the Bryan Nichols Quintet, and Chris Bates’ Red 5. Brandon also has recently performed with the Pete Hennig 4-Tet, Park Evans 5-Tet, Babatunde Lea Sextet, Anthony Cox Quartet, Vector Families, Jeremy Walker’s Atrium Jazz Ensemble, and is working on his debut recording as leader.

Notes Bryan of their partnership, “In fall 2017, Brandon and I were playing a gig and got to talking about our mutual love of the Stan Getz/Kenny Barron duet album, People Time, and how fun it might be to do our own recording in a similar vein. Thanks to Andrew Walesch [curator] at the Dunsmore Room at Crooner’s, a premier listening room in the Twin Cities, we have the opportunity to document two live concerts showcasing our intimate explorations of our own music and jazz standards, and a near-telepathic interplay forged in a decade mutual experience in a variety of Twin Cities best jazz groups, as well as casual duet settings.”

It seems to be a recipe for exquisite success– two of the most respected jazz artists in the metro, a highly regarded 9-foot Steinway, an intimate space known as a true listening room, and two nights of live recording.

Reserve your spot in the audience this weekend! The Dunsmore Room is located in Crooners Lounge at 6161 NE Highway 65 in Fridley, just north of I-694 and about 15 minutes north of downtown Minneapolis. Full dining and bar menu. Saturday night show at 6:30 pm; Sunday show at 7:30 pm. Reservations and information at www.croonersloungemn.com