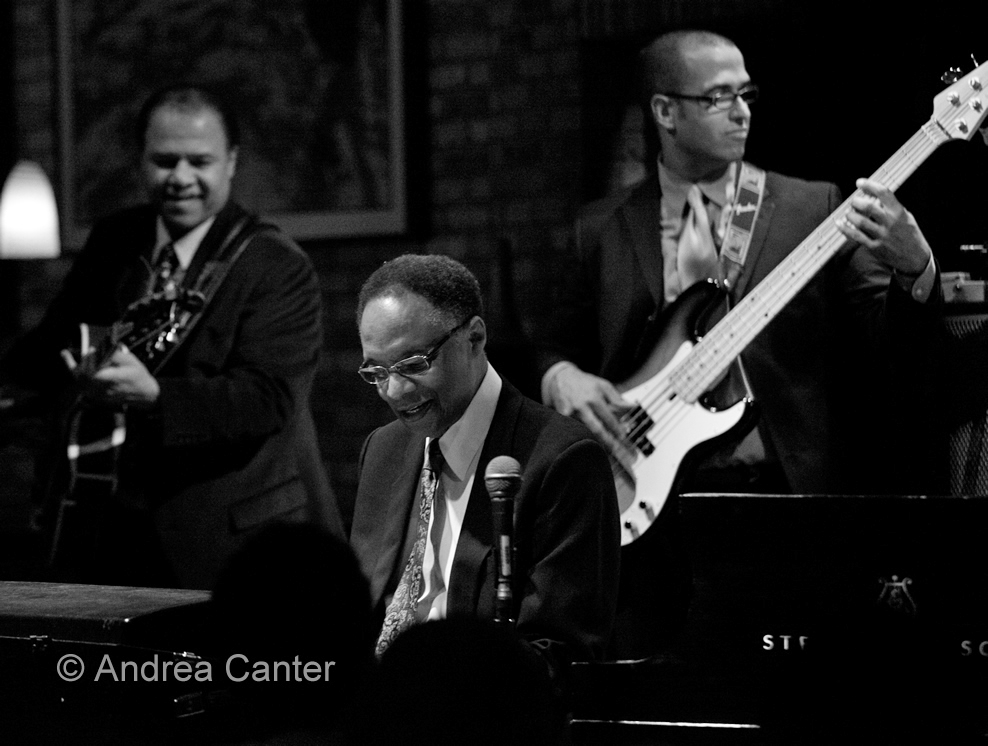 Three-time Grammy winner and NEA Jazz Master Ramsey Lewis brings his acclaimed quintet to the Dakota October 26-27, two shows each night. His long-standing cohorts include Henry Johnson on guitar, Joshua Ramos on bass, Charles Heath on drums, and Tim Gant on keyboards. Lewis is currently touring with a special retrospective, touching on many of the most memorable moments in his amazing career, including his Beatles and holiday albums, hit singles, and more. 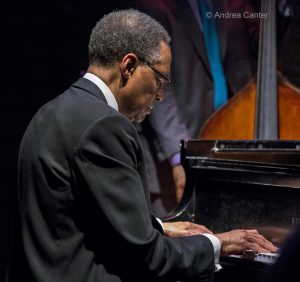 A native of Chicago, Ramsey Lewis is well known for his gospel inflected style that melds with his classical training. Studying piano from age 4, he was immersed in the great classical composers, hearing little jazz beyond his father’s recordings of Ellington and Tatum. When he was fifteen, he was invited to join a jazz band led by one of the musicians at his church, and soon Lewis was playing gigs with The Clefs. When the Korean War broke up the septet, Lewis formed his first trio with the remaining rhythm section. While jazz was now an important part of his musical life, it never replaced his affinity for classical and gospel music.

Lewis’ first trio hit the charts with Ramsey Lewis and the Gentlemen of Swing (1956). With pop grooves and often playing electric piano, Lewis attracted a wide following in the 50s and 60s, crossing genres with big hits like “The In Crowd,” “Hang On Sloopy,” and “Wade in the Water.” Moving farther away from acoustic formats, Lewis became a star of 70s R&B fusion and funk, releasing his  chart-topping Sun Goddess in 1974. Lewis also gained popularity through his radio broadcasts, particularly Legends of Jazz. In 2006, he co-produced the thirteen-segment Legends of Jazz for PBS television broadcast, which in turn became an acclaimed DVD/CD collection and solo release. The first release from Ramsey’s “new” electric ensemble, Ramsey: Taking Another Look, hit the streets in late 2011, taking off where Sun Goddess left off, and garnering wide praise for its “hip grooves, funky guitar backdrops…and tight rhythm section arrangements” (JazzReview.com). A deluxe edition of this recording was released in summer 2015. 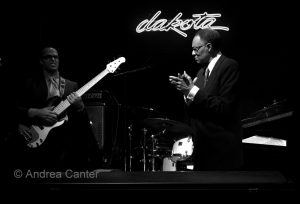 In addition to an unprecedented seven gold records and three Grammy Awards, Lewis received the NAACP Jazz Artist Award in 2004, Stellar Award for Best Gospel Instrumental Album in 2006 (With One Voice), and in 2007 was named a Jazz Master by the National Endowment for the Arts (NEA). Over the years he has served on numerous boards of music schools and programs, and directs the annual Jazz at Ravinia in Chicago, where in 2007 the Joffrey Ballet premiered To Know Her, featuring original compositions from Lewis. In 2005, he formed the Ramsey Lewis Foundation to provide youth with instruments to study music as well as to develop skills associated with performance. 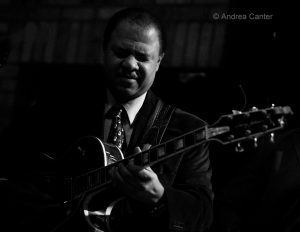 Guitarist Henry Johnson brings together gospel, blues, and jazz. His strongest and earliest influences included Kenny Burrell, George Benson and, most significantly, Wes Montgomery. It’s not a stretch to connect Johnson with jazz organ: In 1976, he went on the road with organ great Jack McDuff, leaving after a year when he was called to work with vocalist Donnie Hathaway. In 1979, Johnson began an association with Ramsey Lewis, and in 1985, another jazz legend, Joe Williams, added Johnson to his touring band. 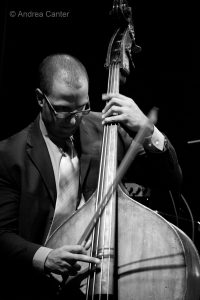 Bassist Joshua Ramos is based in Chicago but has gigged with Red Holloway, Donald Harrison, Wynton Marsalis, Carl Allen, Willie Pickens and more, as well as serving as bassist for Ramsey Lewis’s acoustic and electric bands. He currently performs and tours with the Occidental Brothers Dance Band, saxophonist Greg Ward and more in addition to Ramsey Lewis. 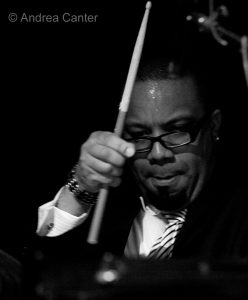 Another Chicagoan, drummer Charles Heath is well versed in jazz, gospel and blues. In addition to his long association with Ramsey Lewis, he’s played with Donald Byrd, McCoy Tyner and Slide Hampton; with Chicago legends Chicago jazz legends such as Von Freeman, the Ken Chaney Xperience, Malachi Thompson, and Robert “Babe” Irving III; leads his own quintet and directs his Heath School of Music. 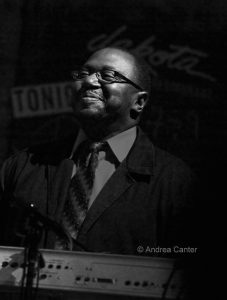