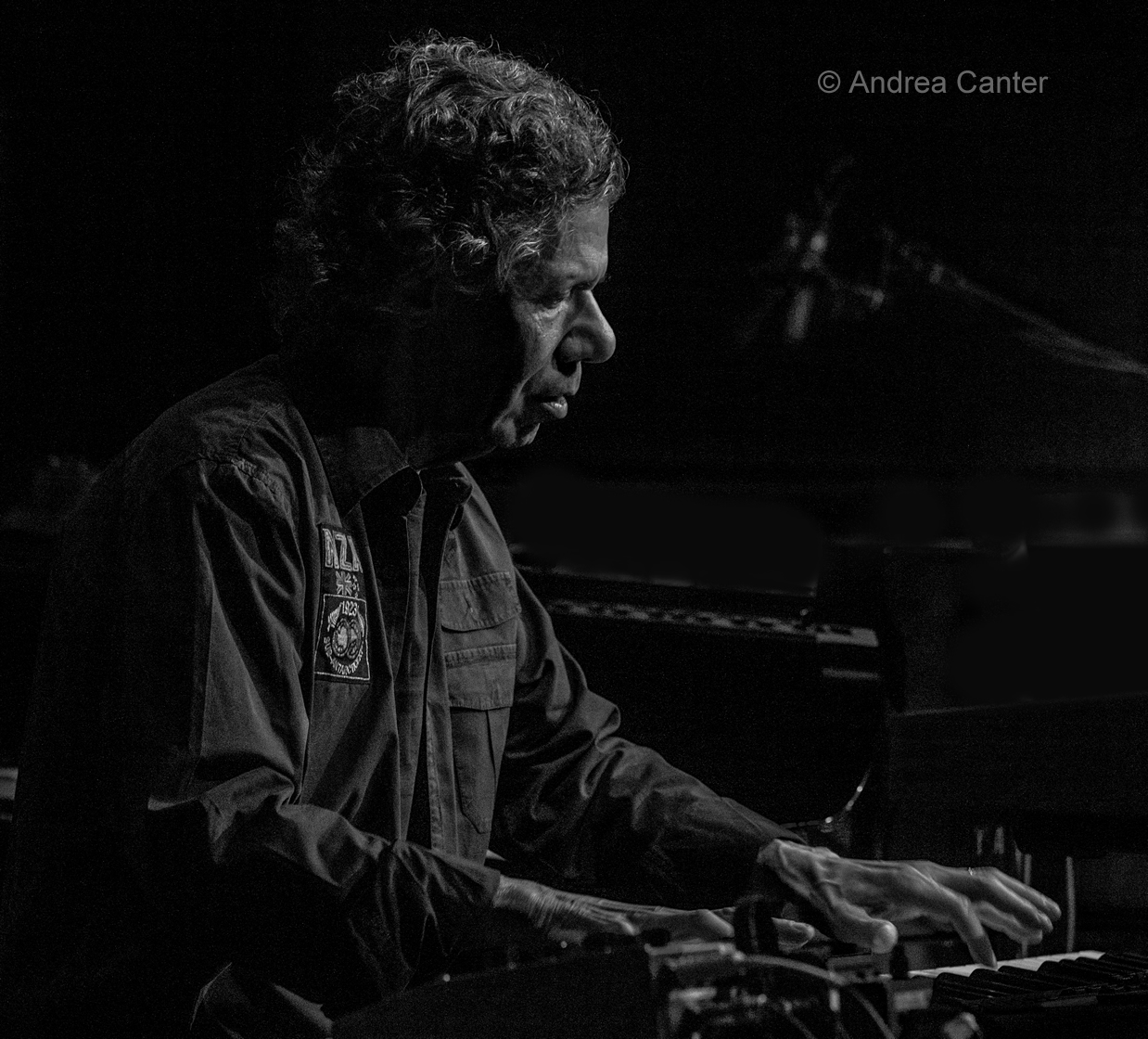 “What making music for people does, I’ve observed, is it stimulates what’s natural in all of us. It’s native sense, in every person. You don’t have to be a professional anything — all you need to do is be a living human being, and open to the play of imagination.” –Chick Corea, Jazz Times (2020) 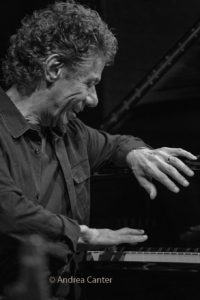 Arriving on the heels of Bill Evans and McCoy Tyner, Armando Anthony Corea was born in Chelsea, Massachusetts, son of a Dixieland-style jazz trumpeter. Chick was studying piano by age four and for a while also played drums. As a youngster he heard recordings of Charlie Parker, Dizzy Gillespie, Bud Powell, Lester Young and Horace Silver, as well as Beethoven and Mozart, all of whom became sources of inspiration. After briefly studying at Columbia and Juiliard, he worked in Blue Mitchell’s band, leading to his first project, “Tones for Jones Bones.” He developed a love for Latin music in the bands of Cal Tjader, Herbie Mann and Mango Santamaria, and honed his chops during a year with Sarah Vaughan before getting his big break with Miles Davis. Later, with the Bitches Brew and In a Silent Way sessions to his credit, as well as his acclaimed 1968 release Now He Sings, Now He Sobs, he formed avant garde Circle with Dave Holland, Anthony Braxton and Barry Altschul; in the early 70s his focus shifted to fusion with the Moog synthesizer and Return to Forever, and later with John McLaughlin’s Mahavishnu Orchestra and Weather Report. In the 80s he led the Elektric Band, and in the late 90s, moved back into acoustic piano with Origin and other projects. 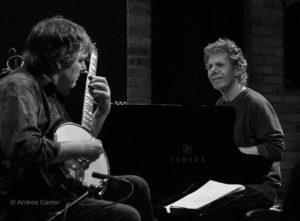 Bela Fleck and Chick Corea at The Dakota (2013)

Corea cofounded Stretch Records in 1992 which morphed ultimately into a subsidiary of Concord. Over the past two decades, he explored his Latin roots with Touchstone; toured and recorded with Gary Burton and Bela Fleck, performed with the St. Paul Chamber Orchestra and London Philharmonic, as well as recording classical works of Mozart and Chopin; he also composed an entire concerto for classical orchestra. The 21st century had been one of reviving past partnerships—the “return tours” of Return to Forever; the revival of his collaboration with John McLaughlin from his Miles Davis days (Five Peace Band); a duet with Japanese superstarlet Hiromi, with whom he first played when she was in high school; a tour with Stanley Clarke and Lenny White; his eagerly anticipated reunion with Gary Burton, which led to two 2013 Grammies (Best Improvised Solo, Best Instrumental Composition) and two more nominations for Hot House; and his partnership with Béla Fleck, which yielded two albums and several tours. Corea was named an NEA Jazz Master in 2006, earned over 60 Grammy nominations as the fourth-most nominated artist in Grammy history, received three Latin Grammies, and recorded nearly 90 albums. 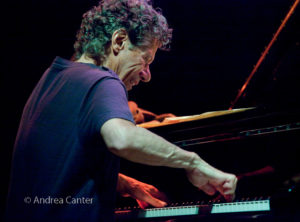 Corea died at his home in Tampa of a rare cancer, and is survived by his wife Gale Moran, son Thaddeus Corea, daughter Liana Corea, and two grandchildren. 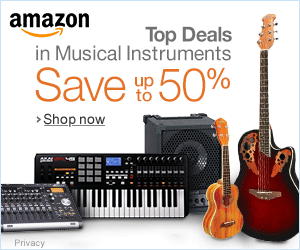