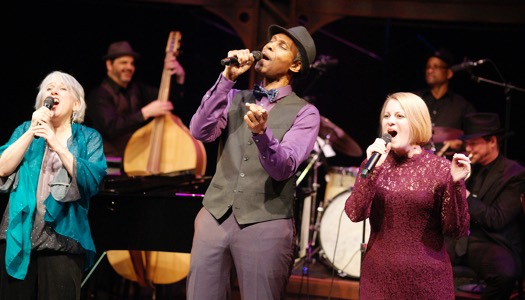 Opening Park Square Theatre’s Gershwin production with the iconic and always recognizable clarinet glissando was a cheeky move. It’s recognizable to many of us, avid jazz listeners or not; so recognizable that you might try and hum along, but always move to the next tone just a little too quickly and struggle to make the seamless transition between each note, from one end of the scale to the other. Something that can only be accomplished by the clarinet. But why do I call it cheeky? That glissando encapsulates for many of us who Gershwin was, it’s one of his most well-known identifiers and you may even picture the sounds accompanied by the characters of Fantasia: 2000. But that scale and that piece is only a fraction of who we know as George Gershwin.

While every audience member, actor, and musician approached Park Square’s production with a different familiarity and frame of reference for Gershwin, as a classified “millennial” who studied music and particularly jazz, I was pleasantly surprised to walk away with a newly discovered side to the composer of Rhapsody in Blue, creator of jazz staple “rhythm changes,” and songwriting partner to brother Ira.

Recalling my college’s jazz history course, I remember attempting to take in tons of information and sometimes being shocked by how quickly we scrambled through legends like Charlie Parker, Cannonball Adderley, and Art Pepper (as a saxophonist, I suppose I was a bit biased…) In any case, in attempting to cover so much material, Gershwin probably was given 20 minutes of class time, no more than 45 if we were lucky.

As I was reminded during the Park Square production, this touches on the blessing and burden of the genre we call jazz. It is arguably impossible to pinpoint what influences the work of an artist and what they bring to their craft; layers upon layers of styles, mentors, geographic locations, cultural traditions, historical periods, musical training, genres and disciplines inform the sounds heard from jazz artists.

So, in an attempt to expose us students to as many of these influences as possible, we “met” as many artists as was possible within our allotted class time, not always able to dive deeply into their work. This of course led to a pretty major discovery, brought out by Joseph Vass, creator and writer of “The Soul of Gershwin,” regarding Gershwin’s music and all that impacted it. The discovery was the Jewish traditions, Yiddish chanting, and klezmer culture that wound into the rhythms and harmonies of Gershwin’s tunes, from standards to the much beloved “Porgy and Bess.”

Park Square’s production revealed these varying influences and their musical results quite clearly with the three characters of the Chanteuse (singer of popular songs), Griot (storyteller), and Chazzan (cantor). It was high time for popular song, seen and heard from our Chanteuse, played by Maud Hixon, accompanied by our Cantor, played by Maggie Burton, showcasing the ever present sounds of Yiddish temple services coming through Gershwin’s entire career. And finally, Geoffrey Jones’ Griot character melding parts of the other two characters to bring together the musical thread through Gershwin’s career.

In many ways “Klezmerica,” the on-stage ensemble were the narrator’s fellow costars, made up of our own local artists, who dove into Gershwin’s voice and its many inflections. You would see either Jay Epstein or Nathan Norman on drums, often leading the ensemble seamlessly from swing standards into hiccuping Yiddish grooves. As our narrator explains, where the term “klezmer” referred to an individual during Gershwin’s lifetime, contemporary audiences have melded it to be an adjective, which is what I’d describe many of the horn lines as in style, led by clarinet or saxophone by Doug Haining, Adam Meckler on trumpet and honorary “horn” violin, by either Carolyn Boulay or Gary Schulte.

Listening to this ensemble, made up of artists I have seen in many different capacities and playing styles, I was reminded what it means to take on being a performing musician, particularly with jazz. They become accountable for the multiplicity of styles jazz has seen throughout the last century, as well as the influences of those who came before them.

While an early jazz education consists of learning the blues, chord changes, rhythm changes, scales and improvisational tricks, one might not know they would be diving into klezmer music, which might be characterized as “world music,” another example of how jazz wants to resist such categorizations and being pegged by one sound.

Just like Gershwin can’t be categorized by one dazzling clarinet glissando.

The Soul of Gershwin plays at Park Square through December 31. Tickets and more information at parkquaretheatre.org Note: Vieux Carre is in the lower level of the same building; plan a jazz-filled night in Saint Paul. 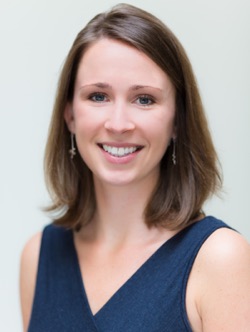 Avid jazz listener and Twin Cities arts goer, Anna Buchholz works on the social media and marketing team for Twin Cities Jazz Festival as well as in event planning at Arts Midwest in Minneapolis. A Lawrence University alum, Anna studied jazz and classical saxophone and English in Appleton, Wisc. You will find her listening to the work of Maria Schneider, Fred Sturm, and Prairie Home Companion with Chris Thile.