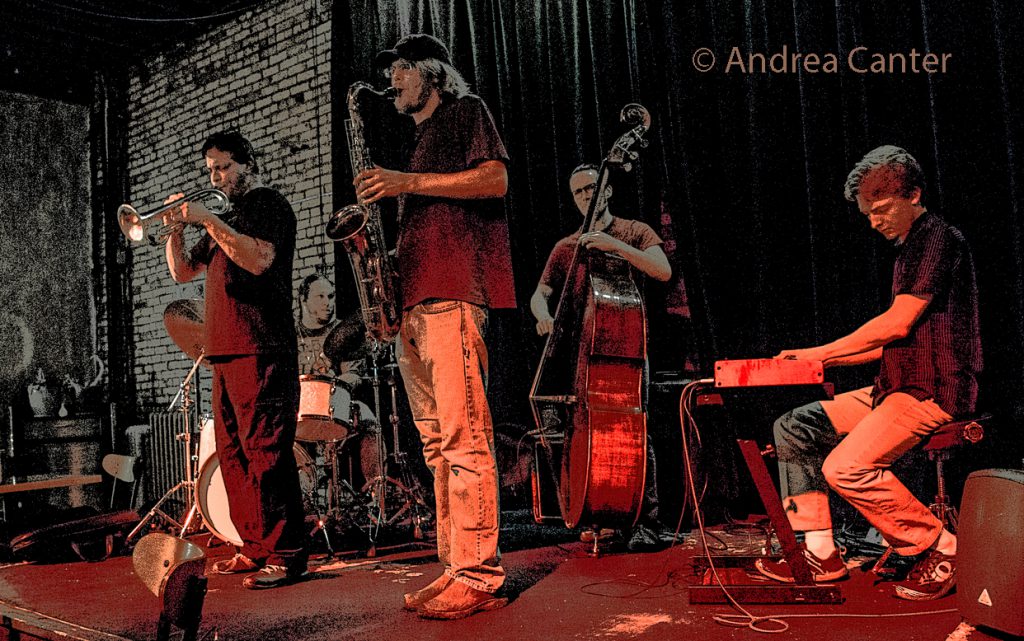 Saturday Night Jazz at the Black Dog presents its 190th consecutive week of great local music across the generations on January 6. Opening will be the monthly JazzINK Youth Showcase featuring the return of Liquid Vinyl; the headliner set presents Steve Kenny’s Group 47. 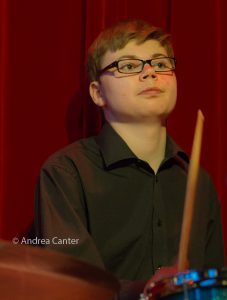 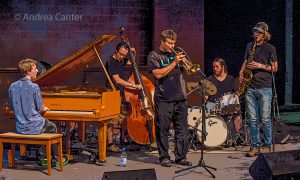 Launched as the Wednesday Night band at the Artists Quarter during that club’s final year of operation, Steve Kenny’s Group 47 has continued to perform at other venues. Although college studies (Will Kjeer) have limited scheduling over the past two years, Group 47 has maintained its collaborative artistry with its original cast of Kenny on trumpet, Thomas Strommen on tenor sax, Kjeer on piano, Adam Tucker on bass, and Alex Burgess on drums.  In addition to gigs at all major jazz venues in the region as well as the Twin Cities Jazz Festival, Group 47 helped inaugurate the Rochester City Jazz Festival in 2016. In summer 2014, the band released its first recording, Straight to Vinyl (on LP and digital download). 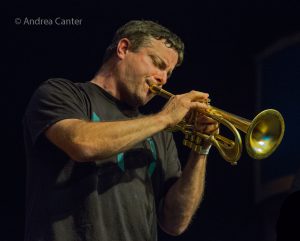 Steve Kenny studied at the University of Wisconsin-River Falls. Among many projects, he has performed with What Would Monk Do, the Cedar Avenue Big Band, and Larry McDonough’s quintet (tribute to Chet Baker) as well as leading several editions of his own quartet. He’s best known as co-founder of the Illicit Sextet, an ensemble popular in the 1990s before taking a long hiatus, and back in action for the past 8 years. Steve has received a Minnesota Music Award, West Bank School of Music Jazz Composer award, and multiple honors as Best Jazz Trumpet at the Eau Claire Jazz Festival. With support from a state arts board grant, he has curated the “All Originals” jazz series at Studio Z for the past four summer seasons. In fall 2014 he launched the weekly Saturday Night Jazz at the Black Dog series, and in spring 2015, brought a similar series (Friday Night Jazz) to The Nicollet, rebranded and rescheduled as Thursday Night Jazz at Reverie, now moved again to Friday nights at Jazz Central as the Illicit Jazz Workshop. 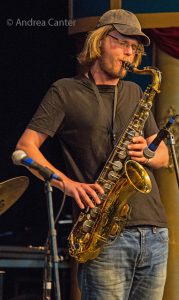 Thomas Strommen (tenor saxophone) studied with David Milne at the University of Wisconsin-River Falls. Over the years Thomas studied with Greg Keel, Bryan Nichols, Adam Linz, and Phil Hey. During his senior year of high school, Thomas was selected as a member of the Dakota Combo. In addition to Group 47, Thomas co-leads a quartet, Dark Blue, and performs with the Alex Burgess Quartet. 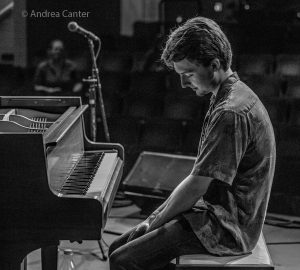 Pianist Will Kjeer was already working around town as a freelance musician well before high school graduation in spring 2014. He was also a two-year member of the Dakota Combo and Minnesota Youth Jazz Band.  In addition to Group 47, Will performs with Hoaxer, leads his own Trio, and –when available–is often on the bandstand with the top echelon of  young lions as well as veteran jazzers. After receiving acceptances to several music conservatories, Will opted to attend the post-high school music program at Interlochen Center for the Arts in Michigan, which he completed in spring 2015. Currently Will attends the California Institute of Arts in Los Angeles as a jazz performance major. 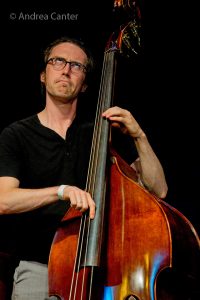 Bassist Adam Tucker has been playing, recording and producing music for many years on the Twin Cities scene. He’s less known for his substantial jazz chops than as a member of groups like The Sextons, and is the driving creative and technical force behind Signature Tone recording studios, well regarded in the heavy metal community. However, many think of Adam as “the secret weapon” in jazz circles, given his work with the Adam Meckler Orchestra, No Time for Squares, the Jana Nyberg Group, and his long association with Steve Kenny and the Bastids. 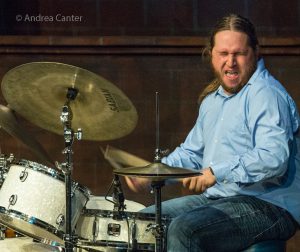 Alex Burgess has studied drums and percussion with Craig Hara and Patti Cudd, and improvisation with David Milne at UW-River Falls. In addition to Group 47 and leading his group Common Space, Alex performs with the Paul Woell Trio, the Bad Habits Brass, and the Tommy Bentz Band. Alex also teaches drums/percussion at Brickhouse Music in River Falls.

Saturday Night Jazz at the Black Dog takes place weekly  at 308 Prince Street, in the main level of the Northern Warehouse in the St Paul Lowertown Arts District; schedule at www.saturdaynightattheblackdog.info. The Black Dog has full bar and dining service and music seven nights per week. Full schedule and information at www.blackdogstpaul.com