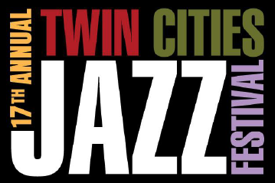 “We’re excited to be able to offer an even bigger and stronger festival this year with the support of the Knight Foundation, Minnesota State Arts Board, National Endowment of the Arts (NEA) and the City of Saint Paul Cultural Star program,” said Heckler. “Our headliners represent a wide range of jazz artists from New Orleans to New York to the Caribbean and Latin America. And our new venue, the brand new 7000-seat CHS Field, allows us to bring acts that would never have been possible before to perform for our largest-ever audiences.”

As in recent years, the Twin Cities Jazz Festival brings together internationally and locally acclaimed jazz artists performing for three afternoons and evenings — all free! Light Rail lines will help move jazz fans between stages and among indoor music venues that will host a variety of jazz acts, starting with the annual “Jazz Night Out” on Thursday, June 25 with kick-off activities at Mears Park and area clubs, and continuing with Friday events from 4 to10 p.m. and a full line-up on Saturday from Noon til after dark. Additionally, for the fifth year, the Twin Cities Jazz Festival will partner with Saint Paul Public Libraries to bring jazz programs to neighborhood libraries prior to the festival. Other activities include pre-performance clinics with festival headliners and after-hours jam sessions.

Support for the 2015 Twin Cities Jazz Festival is provided by the Knight Foundation through its Knight Arts Challenge, Minnesota State Arts Board Arts Access grant, NEA, City of Saint Paul Cultural Star. Over 30,000 are expected at this free public event, one of the largest jazz festivals in the Midwest.