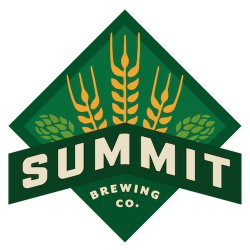 The Twin Cities Jazz Festival will see its return this June with a combination of live ticketed performances and outdoor streamed concerts. This year’s festival will be headlined by award-winning tenor saxophonist Jerry Bergonzi and his quartet, vocalist Kurt Elling, Jamecia Bennett, the Jazz Women All-Stars featuring Patty Peterson and Ginger Commodore, JazzMN Orchestra and Andrew Walesch, among others.

“Throughout the pandemic, the Twin Cities Jazz Festival has remained committed to our musicians, jazz fans and community. For the past fourteen months, we’ve been hosting Jazz Fest Live, a weekly virtual concert series and have watched our numbers soar. We have music lovers logging in from all 50 states and several countries,” said Steve Heckler, Twin Cities Jazz Festival’s Executive Director. “We appreciate all the donations that have allowed us to continue to bring live music into homes weekly. Together, we can help Minnesota rebound.”

Thanks to support from longtime sponsors AARP and Summit Brewery, the three-day festival, set for June 24–27 will happen at the Dakota and Crooners Supper Club, on two stages—the MainStage and the new outdoor Belvedere. Normally located at Mears Park in Saint Paul’s popular Lowertown neighborhood, festival organizers wanted to bring as much live jazz back to the Twin Cities in this alternative format due to safety concerns surrounding the pandemic. Jazz Fest looks forward to returning to Saint Paul and Mears Park tentatively in mid-September, 2021.

The weekend will kick off on Thursday, June 24 for a night of music with Ashley DuBose, Minneapolis-based singer, songwriter and actress. DuBose is a quickly rising talent, having been a Top 32 contestant on NBC’s “The Voice,” and voted Best Female R&B Singer by City Pages.

Friday night will be headlined by tenor saxophone titan Jerry Bergonzi and his award-winning quartet. This internationally recognized performer, composer, author and educator has gained critical acclaim as a soloist and has performed widely with jazz greats and led his own quartet. Bergonzi’s discography includes 60+ records, most notably, Standard Gonz of Blue Note Records. He has also been the recipient of three NEA grants.

Following the All-Stars is local favorite Andrew Walesch with his 10-piece band celebrating the music of jazz legend Cole Porter. Audiences should look for this up-and-coming St. Cloud native, who composes, arranges, sings and plays piano in a variety of ensembles. He has been featured on NPR’s Mountain Stage.

Saturday, June 26 features the crooning sounds of singer Kurt Elling, two-time GRAMMY winner and proclaimed by The New York Times as “the standout male vocalist of our time.” Known for his poetic intuition and versatility in styles and genres, Elling has recorded with Branford Marsalis, Danilo Perez, Stefon Harris and Fred Hersch, among others, and has performed with large ensembles like The Clayton/Hamilton Orchestra and The BBC Concert Symphony.

Audiences will also be treated to the sounds of Jamecia Bennett, singer, songwriter, actress, producer and vocal arranger based in Minneapolis. She is a three-time GRAMMY winner and has an extensive experience working in background vocals with artists such as Sting, Janet Jackson, Rod Stewart, Eryka Badu and Prince, among others. Bennett also leads her own band, “J Movement,” and is the lead vocalist of the original award-winning ensemble the Sounds of Blackness.

The Festival will then continue into Sunday with a second appearance by Jerry Bergonzi as well as a performance by JazzMN Orchestra with Ricky Peterson (Dave Sanborn, Prince) and Bob Mintzer (Yellowjackets).  JazzMN Orchestra is the premiere big band who performs a range of jazz repertoire from classic to contemporary styles and they often feature world-class guest artists and make it their mission to promote jazz education throughout the Twin Cities.

Our non-profit organization is proud of the impact we make on the community by employing 300+ local musicians, featuring Saint Paul’s best restaurants. Jazz Fest attracts thousands of music fans who support our local businesses. Support for Twin Cities Jazz Festival means support for the many musicians, restaurants and businesses who have been hit hardest this past year. Your donations help us support them.

ALL STREAMED CONCERTS ARE FREE! (Only the shows on the Belvedere outdoor stage are being live streamed).  Limited tickets to the live concerts at Crooners can be purchased at www.croonersmn.com.  Links to the free streamed concerts –  https://www.twincitiesjazzfestival.com/jazz-fest-live/